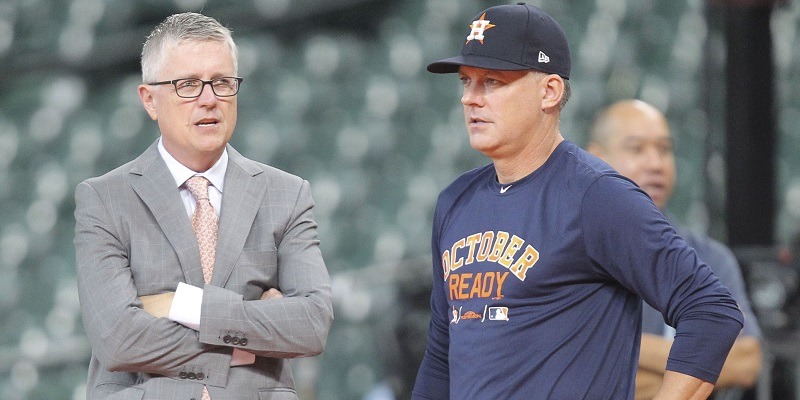 Former Astros general manager Jeff Luhnow and manager AJ Hinch won’t be subject to additional punishment for their role in Houston’s sign-stealing scheme even if there is no season in 2020, ESPN reported.

Luhnow and Hinch received one-year suspensions after an investigation showed the Astros implemented a system to alert their own batters of what pitches were coming by intercepting signs stolen using a digital replay room in 2017 and part of the 2018 season.

In handing down the punishment at the conclusion of the Major League Baseball investigation, commissioner Rob Manfred said the punishment ran through the end of the “2020 World Series.”

Opening Day of the 2020 season already has been pushed back until at least mid-May due to the coronavirus pandemic.

But ESPN’s Buster Olney said Thursday that MLB told him both suspensions would be considered served in 2020 with no additional punishment or extension.

Podcast https://t.co/7IrwpOjhEq @JTaillon19 of the Pirates talks about how he’s spending his days during the coronavirus lockdown, the recent MLB/union agreement, the idea of players getting mic’d up; @Kurkjian_ESPN about how Luhnow/Hinch suspensions affected by shutdown.

Manfred said he is planning to release the findings of his investigation of the Boston Red Sox before the season begins. Manager Alex Cora was fired after the investigation into the Astros found Cora to be a ringleader of the 2017 scheme while he was a coach with the Astros.