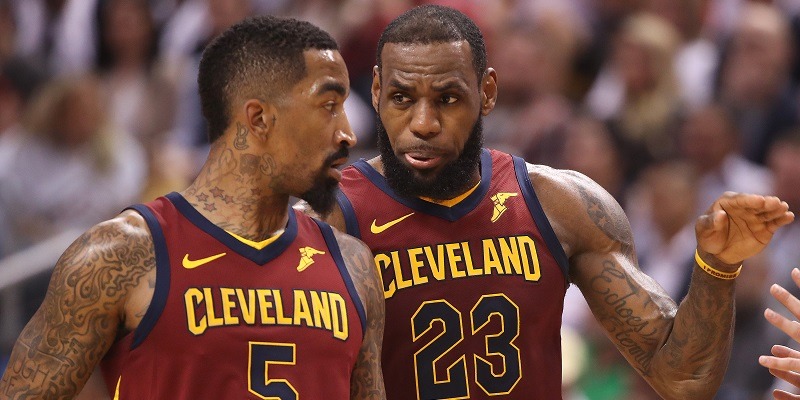 A potential reunion between free-agent guard J.R. Smith and superstar LeBron James could take flight in the near future, The Athletic’s Shams Charania reported on Monday.

The Lakers own an available roster spot after waving guard Troy Daniels on Sunday night.

Smith, who last played in an NBA game in November 2018, is quite familiar with playing with James. Smith and James were teammates with the Cleveland Cavaliers from 2015-18, helping the club capture its first NBA title in franchise history in 2016.

The 34-year-old Smith, however, had a very public mental miscue in Game 1 of the 2018 NBA Finals, when he appeared to forget the score in the waning moments of the fourth quarter. That moment was coupled with James’ incredulous reaction to it.

ESPN reported that the Lakers are also expected to work out Dion Waiters on Monday.