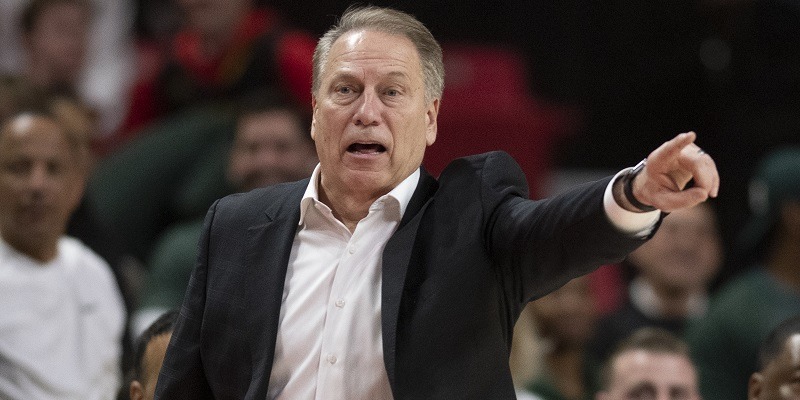 Michigan State basketball coach Tom Izzo contacted a witness to an alleged sexual assault before police or the university conducted an interview, ESPN reported on Thursday.

Izzo and two assistant coaches discussed the allegations against then-freshman guard Brock Washington with Michigan State student Brayden Smith, according to the report.

Smith was a witness in August 2017 when a female student said Washington forcibly groped her, according to a Michigan State University police report obtained by ESPN through a public records request to the Ingham County Prosecutor’s Office.

W. Scott Lewis is co-founder of a consulting firm that works with schools on Title IX compliance and told ESPN that Izzo and his coaches could have opened the school up to a complaint from the U.S. Department of Education Office for Civil Rights or a lawsuit.

“You just don’t do that,” Lewis told ESPN.

Washington subsequently was charged with misdemeanor assault in the case. He pleaded guilty, but details of the case aren’t public. Under the state’s Holmes Youthful Trainee Act, young offenders can keep their conviction private if terms of their probation are satisfied, according to the Lansing State Journal.

Washington was suspended Jan. 24 of this year by Izzo, who did not reveal the reason for the action. It followed, however, allegations of sexual assault against Washington. The Ingham County Prosecutor’s Office declined to file charges against Washington, but the newspaper reported this week that the Michigan Attorney General’s office could review the case.