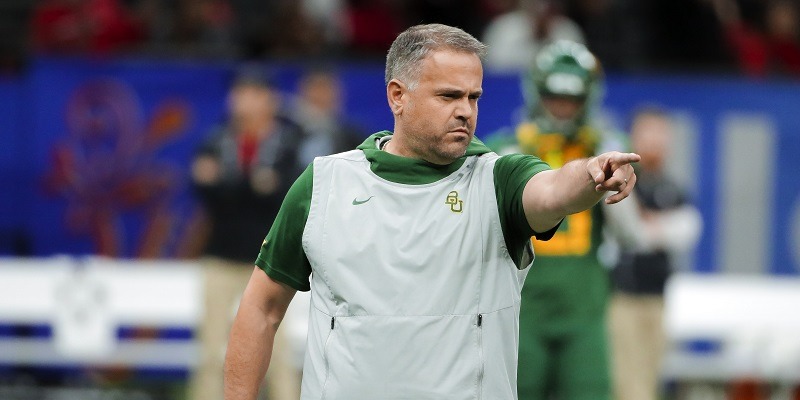 Matt Rhule will be head coach of the Carolina Panthers in 2020.

The Panthers announced Rhule agreed to a deal that is reportedly worth up to $70 million.

Reports first surfaced Tuesday morning that Rhule agreed to take the job and will be introduced this week. The whopper of a contract is a news headline all to itself.

The Panthers went 5-11, losing eight straight games to end the 2019 season, and fired head coach Ron Rivera in December. Rivera landed on his feet as head coach of the Washington Redskins.

Rhule, the Baylor head coach, was a top candidate in the latest NFL coaching cycle after surfacing as a popular name in January 2018. He interviewed with the Indianapolis Colts before pulling his name from consideration then.

The Panthers also were forced to pay a buyout of $6 million to free Rhule of his Baylor contract, Schefter reported.

Baylor thanked Rhule for his work on and off the field in a statement released Tuesday afternoon and announced a search for his replacement was underway.

There are big questions ahead in Carolina, the most prominent of which is the future of quarterback Cam Newton. Newton was hurt in the third game of the preseason against the New England Patriots and attempted to play through a foot injury before being shut down and having surgery. Newton is 68-55-1 as a starting quarterback but the former No. 1 pick reportedly is open to a trade after Kyle Allen played well in Newton’s absence.

Rhule, 44, declined to interview this month for the vacancy with the Cleveland Browns but did sit down with the Panthers and New York Giants.

Rhule was an assistant offensive line coach for the Giants in 2012, but otherwise has no NFL coaching experience.