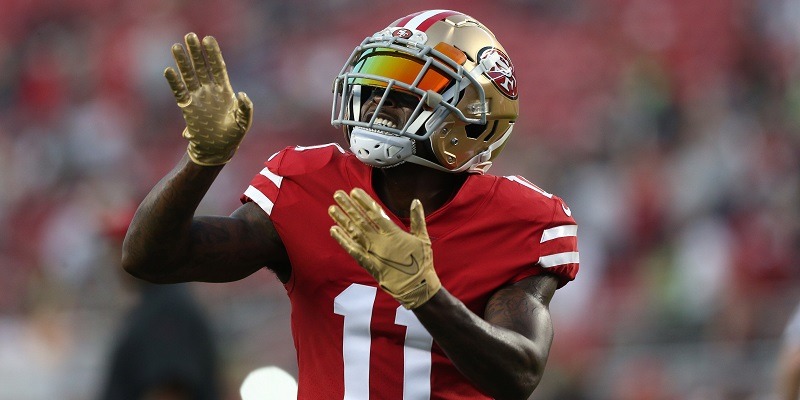 Multiple outlets reported that the teams swapped sixth-round picks in the deal, with the 49ers receiving the No. 190 overall selection and the Eagles acquiring the No. 210 pick.

Most of that production came in his first season in San Francisco in 2017 with 56 catches for 962 yards. Goodwin missed five games in 2018 and sat out seven games in 2019 with knee and foot injuries.