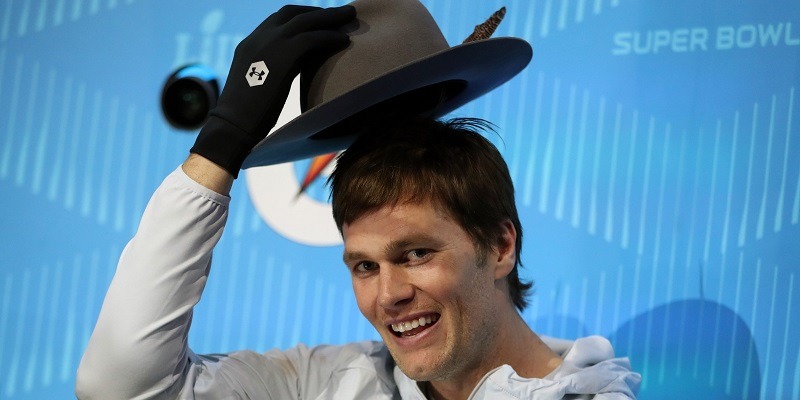 Tom Brady is heading to the Tampa Bay Buccaneers, according to two reports on Tuesday.

Fox Sports’ Colin Cowherd and Dale Arnold of WEEI in Boston reported that’s the destination for the free-agent quarterback, who announced Tuesday morning on Instagram that he was leaving the New England Patriots.

“I have somebody telling me this morning — this is very interesting — this is not a football source. It’s an icon source. It is somebody in Tom’s stratosphere that knows Tom, that is a famous person. And he says Tampa,” Cowherd said on his radio show Tuesday. “That’s what he’s telling me. I am contacting teams. That is what I’m hearing. I’m hearing Tampa Bay.”

Arnold added on Twitter: “From my source: the @Buccaneers will announce their deal with @TomBrady tomorrow. The deal is done.”

Greg Auman, who covers the Buccaneers for The Athletic, tweeted that nothing was done between the two sides but could happen quickly.

Free agents can agree to terms and advance contract negotiations Tuesday. Contracts are not official until Wednesday at 4 p.m. ET, the official start of the 2020 league year.

If the Buccaneers sign Brady, it’s the end of the line with the franchise for former No. 1 overall pick Jameis Winston.

The Los Angeles Chargers were considered to be the other team in the running for Brady, who played with the Patriots for 20 years and led the team to six Super Bowl titles.

Brady will turn 43 in August. The three-time NFL Most Valuable Player ranks second all-time in passing yards and touchdowns behind Drew Brees.