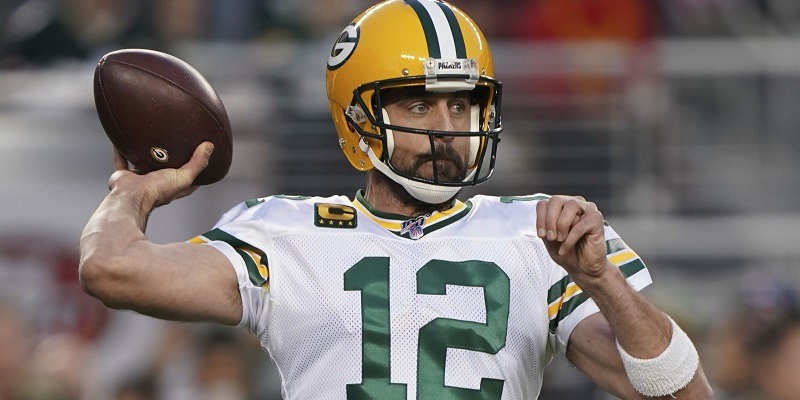 Speaking with ESPN’s Maria Taylor, Love said of his new teammate, “Yeah, I was able to talk with him earlier. You know, really good guy. (He was) just congratulating me, and I was just letting him know that I was excited to be able to work with him.”

ESPN, citing an anonymous source, reported that Rodgers was the one who reached out to Love.

The Packers traded up to the 26th overall pick in the draft on Thursday to select Love, a redshirt junior out of Utah State. Green Bay dealt the 30th overall selection and a fourth-round pick to the Miami Dolphins to grab the 26th slot.

Rodgers, 36, is entering the 16th season of an NFL career that has included two MVP awards, eight Pro Bowl selections and the Super Bowl XLV championship.

Love told Taylor of what it will be like to be Rodgers’ teammate: “It’s a lot of things to be able to learn. I’m just gonna take it step by step. Um, just trying to get behind him, learn everything he’s doing, and understand the process.”

Love almost certainly will be granted time to absorb Rodgers’ lessons. Rodgers is set to start the first year of a four-year, $134 million extension he signed back in August 2018. He has cap hits of $21.6 million, $36.4 million, $39.9 million and $28.4 million over the next four seasons.

The Packers continued to add to their offense as the draft proceeded on Friday, selecting Boston College running back AJ Dillon (second round, 62nd overall) and Cincinnati tight end Josiah Deguara (third round, 94th overall).

The Packers ranked 18th in total offense in 2019, including 17th in passing offense at 233.3 yards per game. They rated 15th in total defense.

Love threw for 3,402 yards and 20 touchdowns in 2019, firing an FBS-high 17 interceptions while amassing a 61.9 percent completion rate. The previous year, he connected on 64 percent of his passes for 3,567 yards with 32 touchdowns and six interceptions.