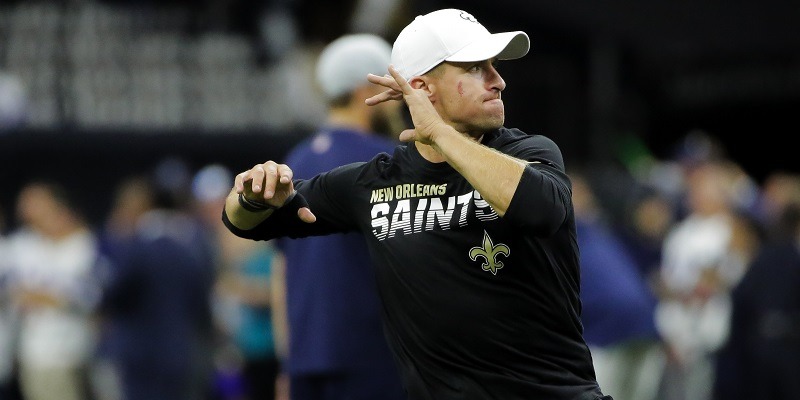 Drew Brees is listed as questionable and could return as New Orleans Saints quarterback on Sunday against the Arizona Cardinals.

“Both (quarterbacks) got a lot of work this week,” Payton told reporters before mentioning Brees was a limited participant. “He looked good. … But we’ll have a good plan.”

Brees will have input on the plan and had this to say when asked if it would be his decision:

The Saints (6-1) have gone 5-0 with Bridgewater as starting quarterback but Payton has said multiple times that Brees will return to the starting role as soon as he is healthy.

Brees injured his passing thumb on Sept. 15, during the only loss of the season against the Los Angeles Rams, and underwent surgery to repair a torn ligament three days later.

“I mean listen, it’s not fully healed I think until three months, but that internal brace obviously provides some stability and support, as does the splint,” Brees said of the protection devices in place.

Meanwhile, running back Alvin Kamara also is questionable after missing one game due to ankle and knee injuries.

Kamara has rushed for 373 yards on 86 carries with one touchdown, and also has 33 receptions for 276 yards and one score.