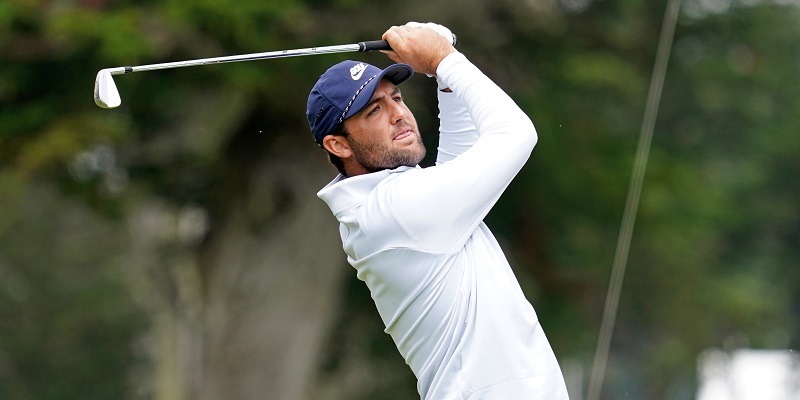 Scottie Scheffler carded the 12th sub-60 round in the history of the PGA Tour with a 12-under 59 during the second round of The Northern Trust on Friday.

Scheffler recorded six birdies on the front nine and six more on the back nine at TPC Boston in Norton, Mass., punctuated by a two-putt birdie from just off the green on the 18th hole.

It is only the 10th sub-60 round on the Tour since 1999 and the first since Kevin Chappell shot a 59 at last year’s A Military Tribute at The Greenbrier. Jim Furyk’s 58 in the final round of the 2016 Travelers Championship remains the lowest score recorded on the PGA Tour.

Scheffler, a rookie who starred at the University of Texas, set the course record at TPC Boston while becoming the second-youngest player to break 60 on the PGA Tour.

Scheffler started the day at 1-under and needed a strong round to reach the weekend in the first leg of the FedEx Cup playoffs.

He got his round rolling with a birdie on No. 2, then reeled off four consecutive birdies from Nos. 4-7. He added another birdie on No. 9 to make the turn in 6-under 30.

Scheffler birdied the first two holes on the back nine and had another three-hole stretch of birdies from Nos. 14-16, setting up his shot at history on the par-5 18th.

His tee shot found the left rough, but Scheffler was able to put his approach shot from 214 yards just left of the green. He putted to 4 feet, 6 inches and drained the birdie putt.

Impressive round from the rookie.