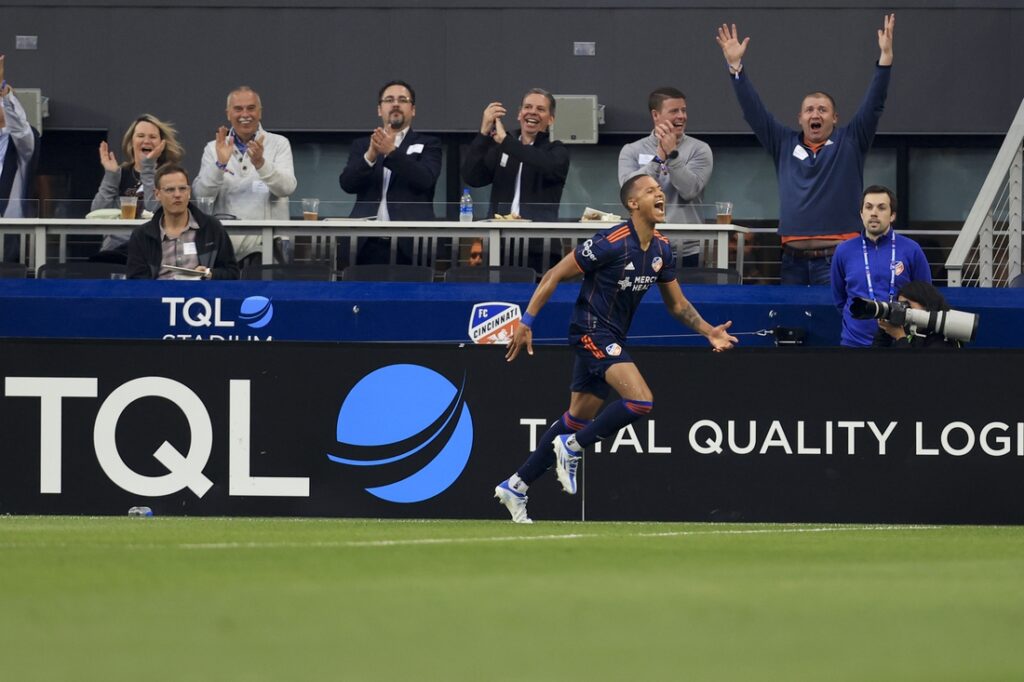 Calvin Harris scored early in the first half and Luciano Acosta did likewise in the second half to give FC Cincinnati a 2-0 home victory over 10-man Toronto FC on Wednesday.

Cincinnati (4-5-1, 13 points) defeated Toronto FC for the second time in five days. FC Cincinnati collected a 2-1 victory in the reverse fixture in Toronto on Saturday.

Toronto FC (3-5-2, 11 points) has allowed 21 goals, the second-highest total of any team in MLS. Defense was again an issue on Wednesday, beginning with a disastrous opening six minutes.

It took only two minutes for FC Cincinnati striker Brandon Vazquez to find room down the left side. Vazquez raced down the field with the ball, then crossed in front to Harris for the finish.

Harris scored for the first time in his two MLS seasons. The second overall pick of the 2021 MLS SuperDraft was playing in his 21st game with FC Cincinnati, and making his sixth career start.

Already trailing early, Toronto FC spent almost the entire game shorthanded after Ralph Priso was ejected on a red card in the sixth minute. Priso was initially given only a yellow card for a spikes-high tackle on Obinna Nwobodo, but the booking was upgraded to a straight red after a video review.

Despite being reduced to 10 players, Toronto still played FC Cincinnati pretty evenly until the visitors were hampered by another costly mistake.

Acosta took the kick and calmly buried his fourth goal of the season. The FC Cincinnati captain has scored in three consecutive games.

Toronto went into Wednesday’s game with a lineup thinned by several notable absences. Jonathan Osorio and Chris Mavinga didn’t dress due to injury, while Carlos Salcedo and Ifunanyachi Achara were unavailable due to health protocols.