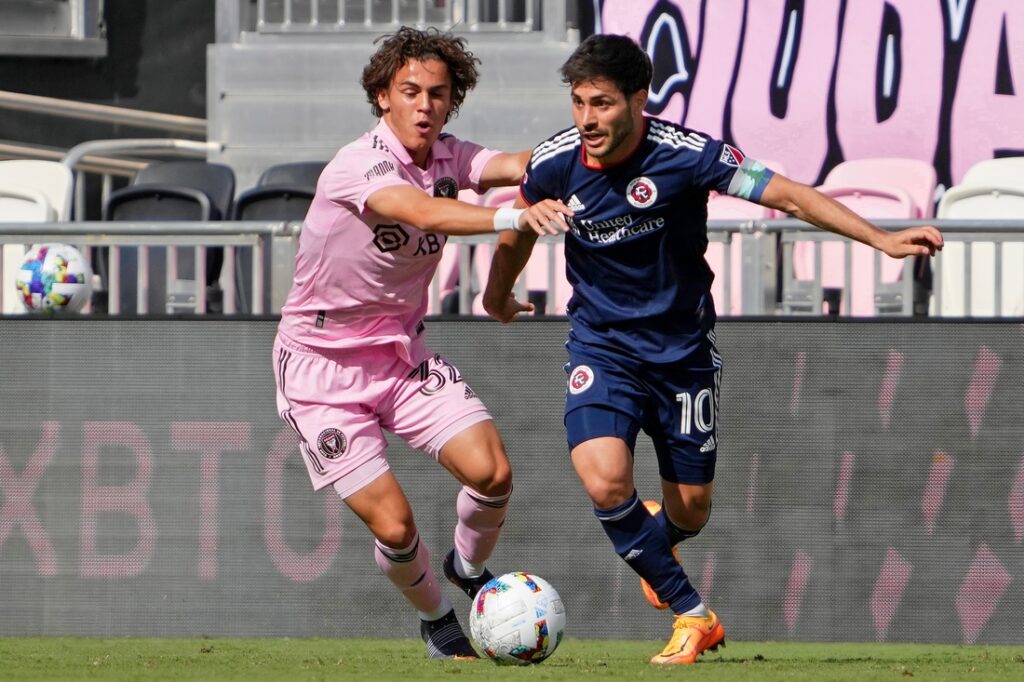 Inter Miami will look to win a fourth straight MLS match for the first time in their history when they visit the New England Revolution on Saturday.

“Every game is another brick in the foundation, and now we need to remain really humble, keep our feet on the ground and keep improving every single game,” coach Phil Neville said.

The current streak began April 9, with a 3-2 triumph against the Revolution in Miami. They’ve scored at least twice in two of their three wins while conceding just three goals.

“I think what I mentioned then was that we worked hard, we started talking a lot with each other and we were searching for our momentum, and I think that’s where it started,” goalkeeper Nick Marsman said of their last meeting with New England. “We had a lot of team chemistry, we put it all together, and then it was waiting for the result. When we finally got a result, you saw the confidence growing.”

The Revolution (2-5-1, 7 points) kick off a three-game homestand looking to get back on track after falling 3-2 to D.C. United last weekend. It was their fifth loss of the season in just their eighth game — matching their total from last year over the 34-game campaign.

“It’s still a tight locker room. Nothing’s changed there,” defender Brandon Bye said. “You ride the waves of the league. This happens to teams. You hit stretches of games where the results don’t go your way but you have to stay together, stay as a team, and turn things around. We’re hoping to do that on Saturday.”

Carles Gil leads the team with three goals and three assists. His three tallies are one shy of his total output from last season when he had a league-leading 18 assists and was named MLS MVP.