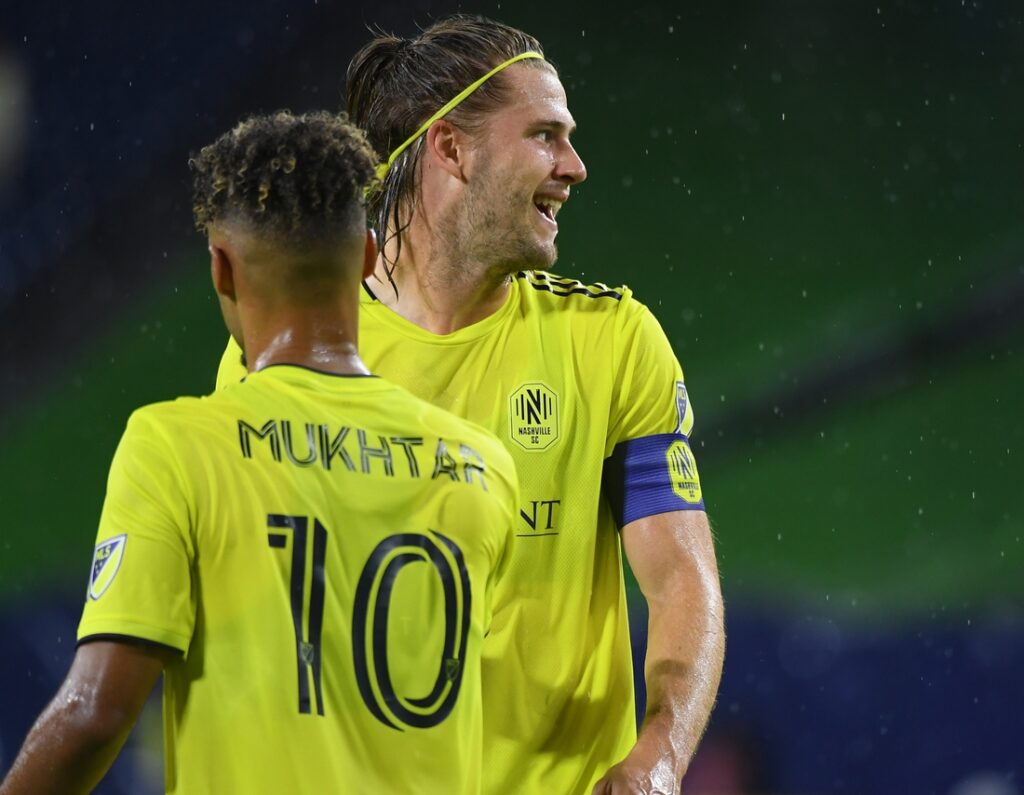 Nashville SC midfielder Hany Mukhtar and defender Walker Zimmerman had their contracts extended through the 2025 season, the team announced Friday.

Mukhtar’s deal has an option to be extended through 2026.

Financial terms of the contracts were not disclosed by the team, however Nashville majority owner John Ingram introduced Zimmerman as the club’s newest designated player.

That designated player status would make him eligible for a salary over $1.6 million per season. It also makes him the fourth United States Men’s National Team-eligible player on a DP contract in MLS, along with Jesus Ferreira, Darlington Nagbe and Gyasi Zardes.

“We have really approached every aspect of this club with intentionality and extending Hany and Walker is just another example of that,” Ingram said. “Both of these guys have the right mix of leadership and talent on the pitch as well as off. Making sure we can keep these pillars of the team intact through 2025 has been an important priority.”

Mukhtar, 27, has recorded two goals and four assists in eight matches (all starts) this season.

Zimmerman, 28, has one goal in eight matches (seven starts) this season after being named the MLS Defender of the Year in his first two campaigns with Nashville. The club traded for Zimmerman in advance of its inaugural season in 2020, and he responded by scoring the team’s first-ever goal against Atlanta United on Feb. 29, 2020.

Zimmerman has played 28 games with the USMNT, scoring three goals.