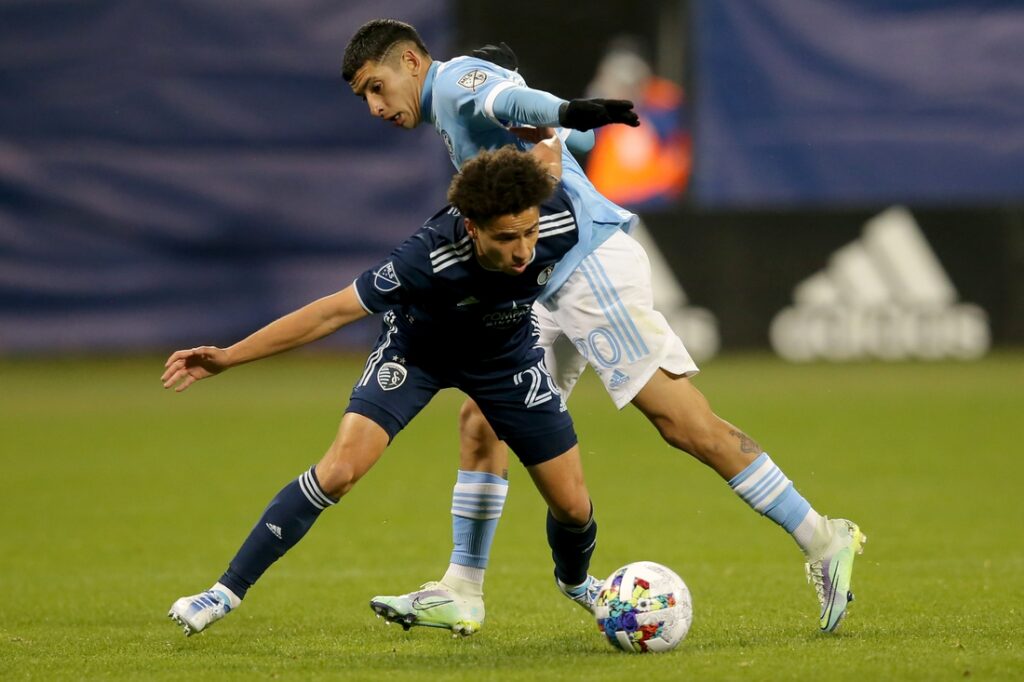 Sporting Kansas City picked up its first point on the road this season as they played high-scoring New York City FC to a 0-0 draw in a steady rain at Citi Field.

Sporting had played 20 straight road matches without a draw, though they have drawn the last two matches at home. Sporting keeper Tim Melia picked up his club record 63rd shutout in his SKC career.

Sporting KC (2-6-3, 9 points) has not won a match since defeating Real Salt Lake 1-0 on March 26. They have just three points in their last six matches.

NYCFC, which led the Eastern Conference in goals per match (2.11), had scored 14 goals in their last three matches coming in. NYC held an impressive 74 percent of the possession, but they couldn’t solve SKC’s defense.

Even with their high-scoring pattern, NYC has struggled at times this season to find the net. Saturday marked the fourth time in 10 matches this season the club was held scoreless.

NYC, which has scored 13 of its 19 goals in the second half this season, kept up the pressure in the second half, increasing their share of possession after intermission. The reigning MLS Cup champions had won three straight MLS regular-season matches against Sporting KC., four overall. But the two sides have not met since 2019.

NYCFC held 70 percent of the possession in the first half in the smaller pitch (the Citi Field playing surface is 70 yards x 110 yards, as opposed to 75 x 120 at SKC’s Children’s Mercy Park). But NYC was not able to mount much of an attack. They had 11 shots (three on goal) compared to five for Sporting, but Sporting’s two shots on goal had a much better chance of finding the back of the net.