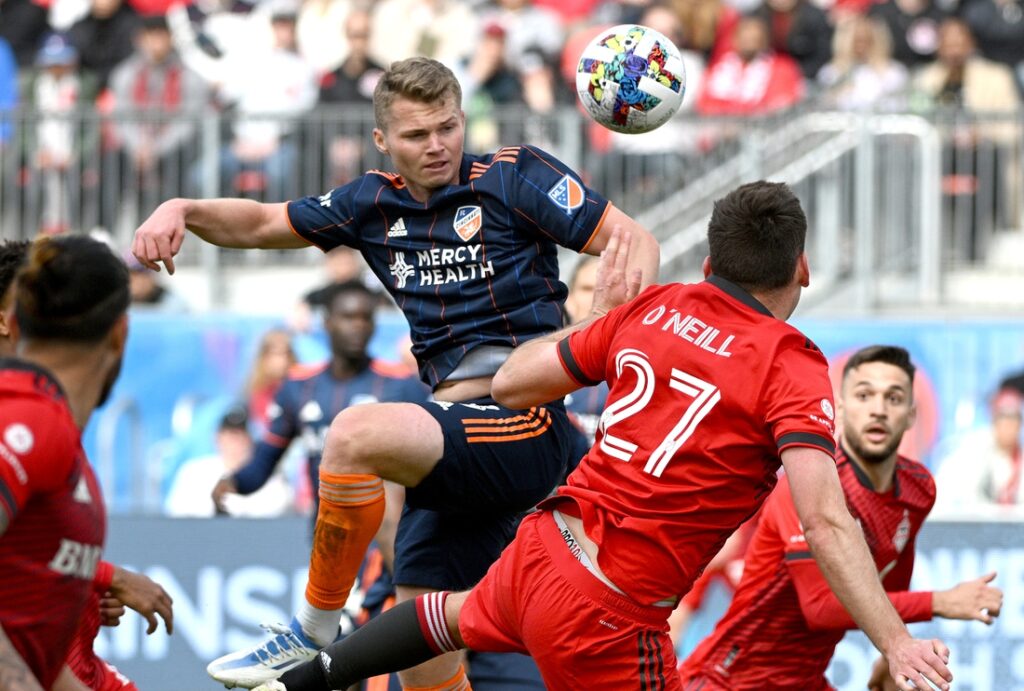 FC Cincinnati will aim for their second win over Toronto FC in under a week when the Canadian side comes to Ohio on Wednesday night.

The two teams met on Saturday, with Cincinnati (3-5-1, 10 points) collecting a 2-1 road victory. The result snapped an 0-3-1 winless drought, though having to face Toronto in an immediate rematch is “not ideal,” according to Cincy head coach Pat Noonan.

“I don’t think either team wants to be playing each other five days apart, but that’s the reality,” he said. “And so now it’s really just going back and analyzing (Saturday’s) game and seeing ways that we were able to be successful, and then the areas that we were challenged. …There’ll certainly be some things that will look a little different.”

Toronto (3-4-2, 11 points) had 66 percent of the possession time Saturday and outshot Cincinnati by an 11-7 margin. But some shaky defending led to goals from Ian Murphy and Luciano Acosta, giving Cincinnati a two-goal lead by the 52nd minute.

Toronto has allowed 19 goals this season, the second-highest total in MLS behind the San Jose Earthquakes (23).

After beginning the season 0-2-1, streaky Toronto went on a four-game (3-0-1) unbeaten run, but has now dropped two in a row.

“This is just the first part of the season, so not everything is going to be clicking on all cylinders to begin with,” forward Ayo Akinola said. “And you know, we have a new coaching system. We have a few new players. …We don’t expect everything to be jelling quickly. Obviously there’s going to be ups and downs.”

Acosta is also finding his form, as the Cincinnati captain has scored in three of his past four games.