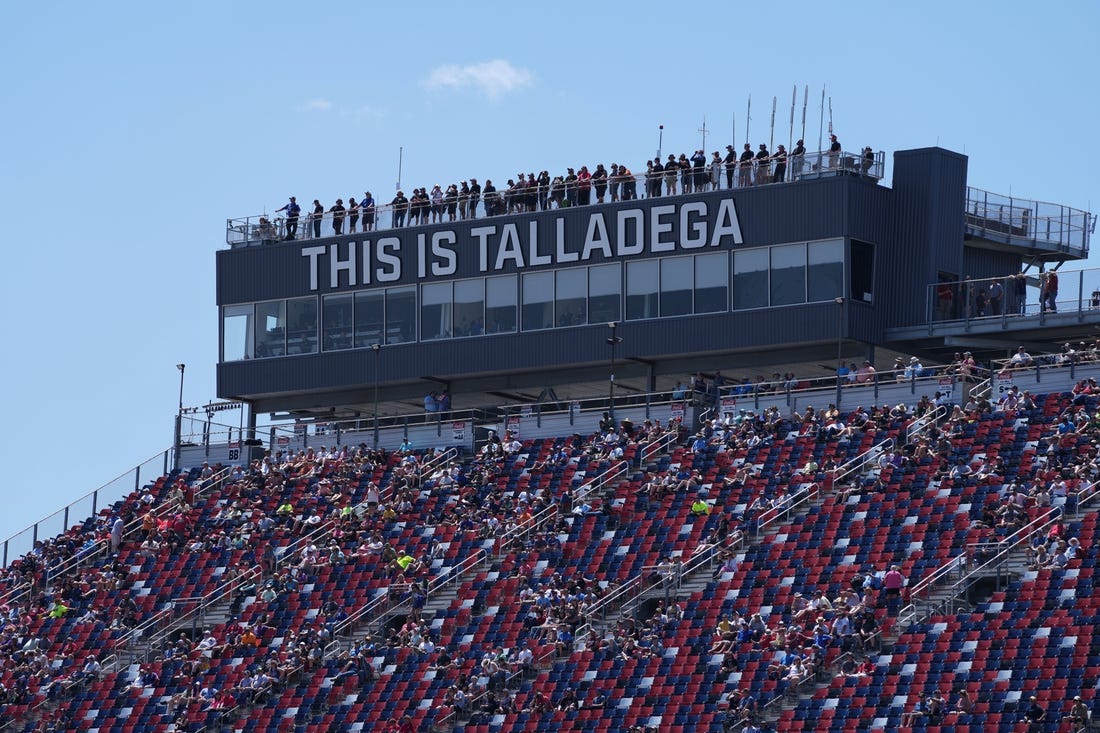 Will a driver competing for the championship actually win during the NASCAR Cup Series Playoffs?

It hasn’t happened yet through the first four playoff races.

Tyler Reddick took his turn last week, outlasting Joey Logano in the race for the checkered flag at Texas. The silver lining for Logano is he took over the points lead heading into Sunday’s YellaWood 500 at Talladega Superspeedway.

With the unprecedented streak of non-playoff drivers capturing race wins, only 30 points separate Logano from eighth-place Chase Briscoe heading into one of the most unpredictable venues on the circuit.

“It’s really tough because you can’t predict when a wreck is going to happen,” Denny Hamlin said of his Talladega strategy. “As a driver, you start to feel the intensity of the pack picking up and you start to see people making aggressive moves. You just have to make a judgment call on whether you want to be part of it at that time.”

BEST BETS
Chase Elliott (+1200 at BetMGM)
The 2020 Cup Series champion has fallen to seventh following a DNF in Texas and is only 11 points above the cutoff line. Elliott has won four races this year and led the standings for 23 weeks. His only win at Talladega came in 2019 but he does have six top-10 finishes in 13 starts.

Ross Chastain (+1200)
Chastain won the spring race at Talladega despite leading only the final lap and is attempting to become only the fifth driver to sweep the two races in the past 38 years.

Ryan Blaney (+1200)
Blaney won back-to-back races at Talladega in the 2019 playoff race and the 2020 spring event. He was the runner-up in the 2021 spring race and led the most laps with 38 this spring before settling for 15th. However, Blaney is still chasing his first victory this year.

Denny Hamlin (+1200)
Hamlin won at Talladega in 2014 and ’20 and enters the week in good form with four consecutive top-10 finishes in the playoffs. He is third at the sportsbook with 8.3 percent of the money supporting him.

Brad Keselowski (+1600)
Keselowski leads all current drivers with six Talladega victories and is coming off an eighth place in Texas. That track record has helped shorten his odds from +1800 as Keselowski is second at BetMGM with 12.3 percent of the money backing him.

Kyle Larson (+1600)
His track record is less than stellar with only one top-five finish, although it came this past spring. In the bigger picture, Larson has a lone top-five in his past 34 superspeedway races and hasn’t fared better than 37th in his past four at Talladega.

Bubba Wallace (+1600)
Wallace is the defending winner of this race, earning his first career NASCAR Cup Series victory last fall. He has top-two finishes in three of his past five superspeedway starts.

Erik Jones (+2500)
Jones was leading the spring race until being shuffled to sixth place on the final lap. He is BetMGM’s biggest liability mid-week as Jones’ odds have shortened from +2800. He leads the field with 6.3 percent of the winning bets and 16.8 percent of the money.

A star-studded field of 20 players is in the Bahamas this week for the 2022 Hero World Challenge. Tournament host Tiger Woods was forced to withdraw due to a foot…