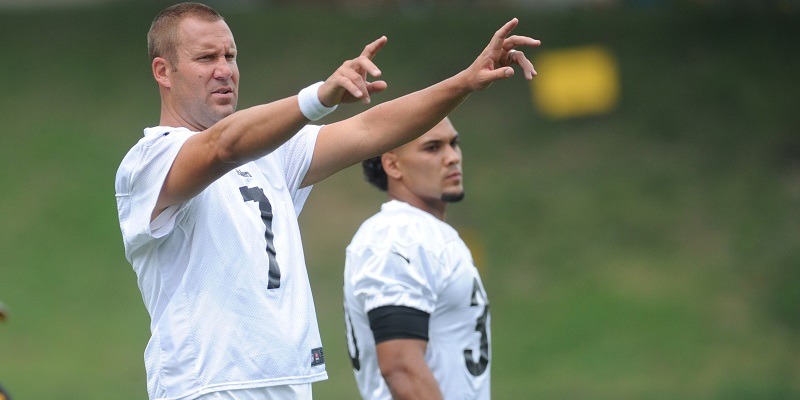 Pittsburgh Steelers quarterback Ben Roethlisberger could have a new contract before the start of the 2019 league year in March.
Owner Art Rooney II confirmed late Wednesday that the Steelers and Roethlisberger are engaged in negotiations.
“We’ve already started talking to him and his representative about extending that contract,” Rooney said during a Steelers Nation Unite conference call. “I think Ben has some good years left. I’d still say he’s close to being in the prime of his career.
Roethlisberger, 36, is entering the final year of his existing contract. Prior to the past two seasons, he hinted that retirement could be closing in, but during the course of the 2018 season, appeared to shift the narrative toward playing several more years.
ESPN previously reported the Steelers had a goal of finalizing a contract with Roethlisberger before free agency opens March 13.
Two of the four quarterbacks in the conference championship games last week — Tom Brady (41) and Drew Brees (40) — are among the oldest active players in the league.
Thursday morning, Steelers wide receiver Antonio Brown tweeted “Open for business,” perhaps referencing his willingness to talk contract with other teams. Brown is expected to be on the trade block after a Week 17 charade that included a reported temper flare-up during a walk-through.
–Field Level Media