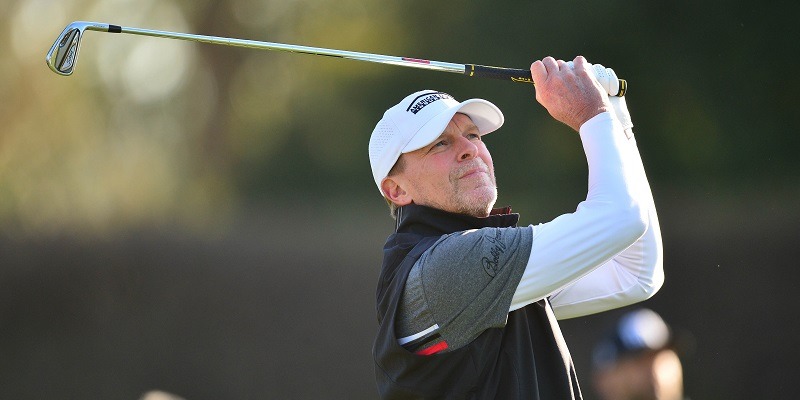 Steve Stricker officially was named the captain for the 2020 United States Ryder Cup team on Wednesday, ending months of speculation that the Wisconsin native would head up the U.S. team at Whistling Straits next year.
At his pre-tournament press conference at the WGC-Mexico Championship, Tiger Woods said that Stricker was “the overwhelming choice for us on the committee.”
Stricker, who turns 52 on Saturday, will be the 29th U.S. Ryder Cup captain — and the first without a major title on his playing resume. However, he has a wealth of Ryder Cup experience, having played in the event three times and serving as an assistant three others.
Born in Edgerton, Wis., Stricker still calls Madison home. He has 26 career professional wins, including 12 on the PGA tour. His best finish in a major was runner-up in the 1998 PGA Championship.
“I am truly humbled by this opportunity,” Stricker said. “I’m very competitive. We want to win this more than ever and I’m here to help in any way I can. It’s truly an honor.”
The Americans were dominated by Team Europe in Paris last year, losing 17 1/2 to 10 1/2 at Le Golf National. Stricker knows Whistling Straits intimately, and the U.S. side hopes that gives the team an edge. Padraig Harrington will captain Team Europe.
“It looks like an ocean out there, not one of the Great Lakes,” he said. “It’s challenging to the eye.”
Eight of the 12 spots on the U.S. team will be decided by points, with the final four captain’s picks being announced three weeks before the start of the event on Sept. 1, 2020.
Stricker also said that 2018 captain Jim Furyk will be among his vice captains.
“Communication is my biggest thing,” Stricker said. “Being up front with (the players) and knowing what I expect from them is the biggest thing.”