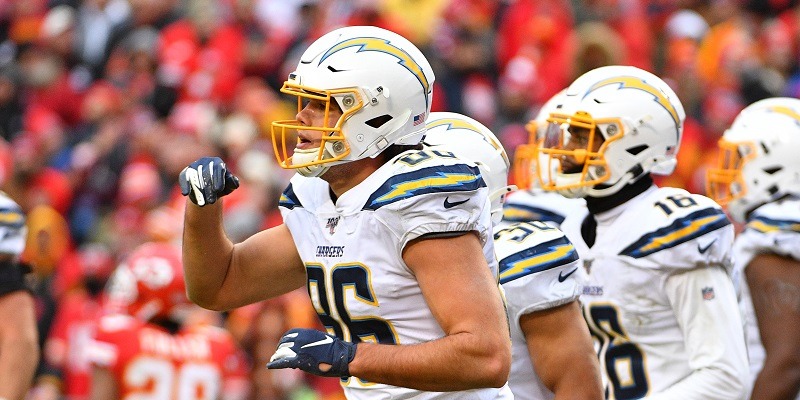 Tight end Hunter Henry was given the franchise tag by the Los Angeles Chargers on Friday.

Based on the projected salary cap, Henry would be in line for a one-year franchise tender of $11 million. The deadline to apply the franchise tag is Monday.

The Chargers and Henry would have until July 15 to work out a long-term deal or he’d automatically be in line for the $11 million salary in 2020.

Henry, 25, will be catching passes from a new quarterback next year after Philip Rivers and the Chargers decided to mutually part ways.