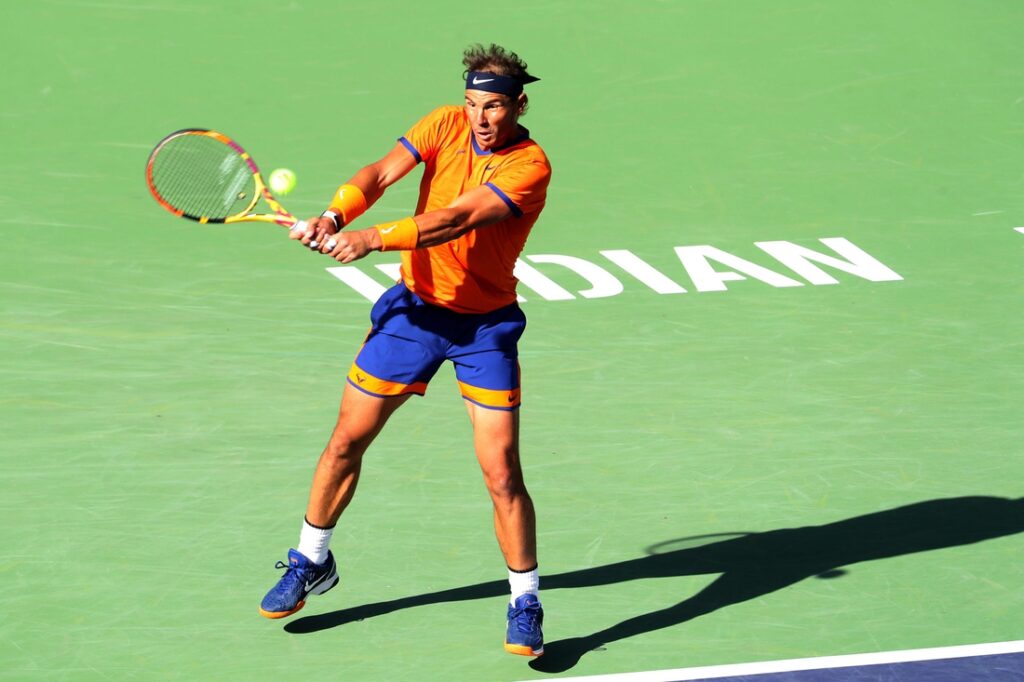 Rafael Nadal saved four match points in the third-set tiebreaker before notching an epic 6-3, 5-7, 7-6 (9) victory over Belgium’s David Goffin on Thursday to reach the quarterfinals of the Mutua Madrid Open in Spain.

The third-seeded Nadal actually led 4-1 in the tiebreaker before Goffin seized the upper hand with five straight points. But the Spaniard remained alive by staving off three match points in a four-point stretch and later won three in row to claim the match.

The solid comeback occurred in Nadal’s second match following a six-week absence due to a stress fracture of a rib.

“It was an incredible end to the match, but it should have never gotten to that point,” Nadal said afterward. “I had it under control at 5-3 (in the second set).

“But we know that things are not perfect for me right now. I have to accept that. I fought until the end. It’s what I can expect from myself now.”

Goffin battled back to win the final four games of the second set to force the decisive one.

Goffin was impressive in saving eight of 11 break points in the match. However, Nadal had a 7-3 edge in aces while prevailing in three hours and nine minutes.

“Honestly, it was a very tough match,” Nadal said. “I think I played at a very high level. But at the same time I am not completely happy because I have to finish the match in straight sets, without a doubt.”

Nadal next faces Spain’s Carlos Alcaraz, who celebrated his 19th birthday with a 6-4, 6-7 (4), 6-3 victory over ninth-seeded Brit Cameron Norrie.

The No. 7 seed Alcaraz had seven aces and won 71.2 percent of his first-serve points to set his up third career meeting against Nadal. Alcaraz lost the first two matchups.

“I think it’s going to be different from last year (in Madrid) and the last match that we played (in Indian Wells),” Alcaraz said. “I’m excited to play against Rafa here in Madrid in front of the Spanish crowd. It’s going to be a great day and a great match.”

Top-seeded Serbian Novak Djokovic advanced without even playing as Britain’s Andy Murray withdrew due to illness. The Telegraph reported Murray has a case of food poisoning.

Djokovic will next face 12th-seeded Hubert Hurkacz after the Pole knocked off Serb Dusan Lajovic 7-5, 6-3.

Second-seeded German Alexander Zverev also didn’t have to put in a full match. He led 6-3, 1-0 when opponent Lorenzo Musetti of Italy retired with a thigh injury.

Zverev will next face eighth-seeded Canadian Felix Auger-Aliassime, who put together a solid effort in a 6-1, 6-2 victory over 10th-seeded Jannik Sinner of Italy.