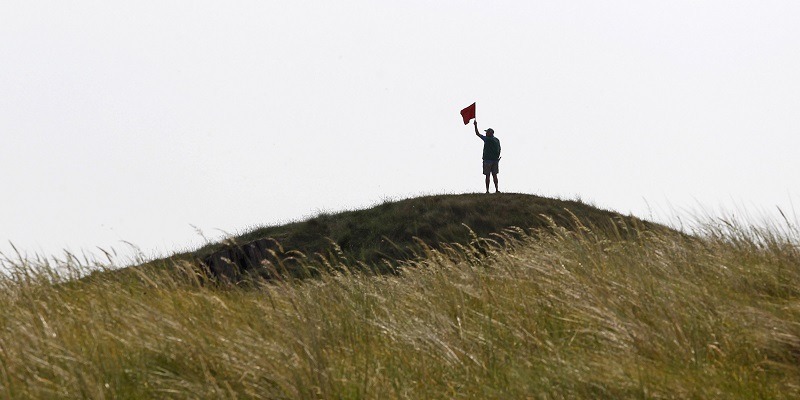 Golf’s oldest major tournament, The Open Championship, will not be played in 2020.

However, in a joint statement representing several golf governing bodies, the PGA Tour did announce the plan to resume tournament play in June along with the rescheduling of the other three men’s majors for 2020.

The 149th Open Championship was scheduled for July 16-19, but the Royal & Ancient — which plans and organizes the event — said it was forced to cancel the event due to the coronavirus pandemic.

The R&A plans to keep the next Open Championship at Royal St. George’s in Sandwich, England, the site scheduled to host the event this year. The R&A said it would move to that location in 2021.

“I can assure everyone that we explored every option for playing The Open this year but it is not going to be possible,” said R&A chief executive Martin Slumbers.

It is with a heavy heart that we have to cancel The Open for the first time since WWII. We appreciate that this will be disappointing for a great many people but we have to act responsibly during this pandemic and it is the right thing to do.
Statement: https://t.co/brJfuOZSFP pic.twitter.com/iizOupOk4m

The Open was due to be played in Kent, England with the final round ending on July 19.

“But it has been necessary to cancel the Championship based on guidance from the UK Government, the health authorities, public services and The R&A’s advisers. This is the first time since the Second World War that golf’s original Championship, first played in 1860, has been canceled,” the R&A statement Monday read.

Shortly after The Open news was announced, the PGA followed with it’s release. Pending the guidance of “the leading public healthy authorities,” the current plan is to return to competition the week of June 15 – originally scheduled to be the U.S. Open – at a to-be-determined event.

The first major of the year is now scheduled to be the PGA Championship Aug. 6-9, with the U.S. Open moving to Sept. 17-20 and The Masters scheduled for Nov. 12-15. The Ryder Cup remains in its original spot the week of Sept. 22.