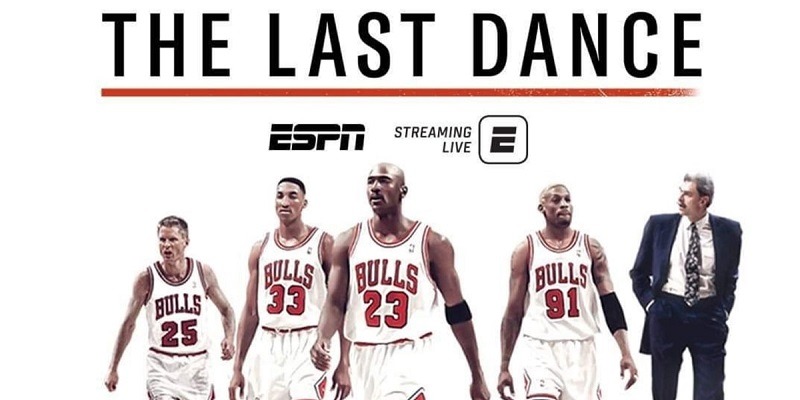 The first two episodes of “The Last Dance,” a 10-part series about legendary guard Michael Jordan and the Chicago Bulls, attracted the most viewers for a documentary in ESPN history, the network announced Monday.

According to ESPN, its “You Don’t Know Bo” on former two-sport star Bo Jackson was the previous most-watched documentary on its airwaves. That film averaged 3.6 million viewers in 2012.

“The Last Dance” features never-before-seen footage of Jordan and the Bulls from the 1997-98 season when the franchise was seeking to win its sixth title in eight seasons. Exploits from other parts of Jordan’s college and NBA careers were sprinkled into the first two episodes.

Part of its allure to viewers was Jordan’s still-legendary status 17 years after he played his final game. Another was the void sports viewers have felt due to the dearth of live events over the past five-plus weeks due to the coronavirus pandemic.

According to ESPN, the program drew a 12.1 market metered ranking in Chicago.

Episodes 3 and 4 are slated to air this Sunday night, again at 9 and 10 p.m. ET, respectively.