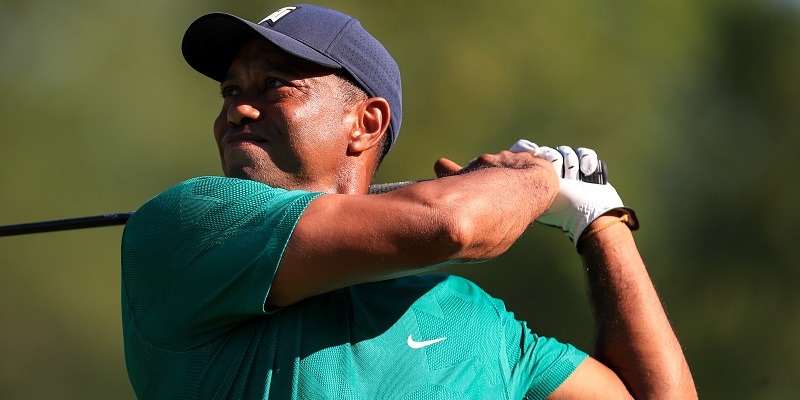 Tiger Woods has committed to next week’s BMW Championship, which could lead to the 15-time major champion playing four times over a five-week span.

Woods, 44, has not played in consecutive weeks since last September and will be making only his sixth start of the PGA Tour’s 2019-20 season at The Northern Trust this week.

Woods is 49th in the FedEx Cup standings. The top 70 players after this week will advance to the BMW Championship, but only the top 30 after next week’s tournament will qualify for the season-ending Tour Championship.

The U.S. Open begins 10 days after the Tour season concludes at East Lake in Atlanta.

Woods will tee it up this week for only the third time since the Tour resumed play in mid-June. He has slipped to 16th in the official world golf rankings following a tie for 40th at the Memorial Tournament and a T37 at the PGA Championship.

There had been some speculation that Woods might skip the second leg of the playoffs if he fared well this week at TPC Boston, where he won in 2006 and finished runner-up in 2004 and ’07. And he could withdraw from the BMW Championship if he plays well enough to rise comfortably into the top 30, although that would require a very high finish.

“It’s gonna be a challenge,” Woods said after his Wednesday practice round at TPC Boston, per Golf Digest. “I haven’t done it in a very long time. It’s part of the playoffs, and then we have the U.S. Open at the back end of it. So it’s a long stretch of golf for all of us.”

Woods said he didn’t focus heavily on golf during a week off after the PGA Championship, spending his energy on training and preparing his body for this stretch. However, he did fit in a round with his son at Winged Foot in Mamaroneck, N.Y., the site of the U.S. Open.

“I didn’t really work on golf a lot,” Woods said. “It was more on training, making sure that everything stayed strong.

“Ate a lot – I mean a lot – that’s something I’ve always struggled with, losing weight. So, trying to make sure my weight stays up. I do feel it’s up, and I have more endurance. So I’m working on that, and making sure I’m fresh come Thursday.”