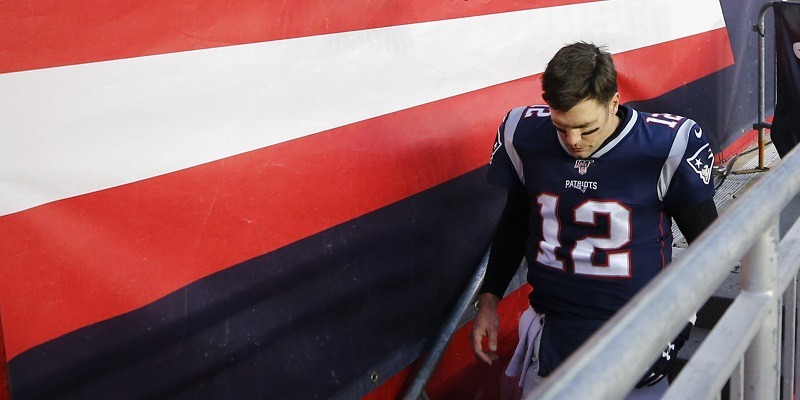 Tom Brady broke up with the New England Patriots in an early morning Instagram post on Tuesday.

Brady, an unrestricted free agent for the first time, posted a farewell message to New England on Tuesday but did not identify his destination in a series of messages via Instagram at 5:45 a.m. ET.

The public goodbye was a formal farewell but not the only contact Brady had with the team. Patriots owner Robert Kraft said Brady called him Monday and the two met at Kraft’s residence.

Kraft had been adamant his preference was for Brady to return.

Brady was permitted to discuss contracts with other teams as of noon ET on Monday. He can officially sign with another team on Wednesday.

“Although my football journey will take place elsewhere, I appreciate everything that we have achieved and am grateful for our incredible TEAM accomplishments,” he wrote.

Brady started every game for the Patriots in 2019, including the wild-card playoff loss to the Tennessee Titans. The defeat followed the Patriots winning the AFC East division for the 17th time in Brady’s 20 seasons.

The 42-year-old Brady is being pursued by multiple teams. Among those known to have met with Brady are the Tampa Bay Buccaneers and Miami Dolphins, but several other franchises were connected to Brady during the offseason.

He won six Super Bowl rings with the Patriots and is a three-time NFL MVP.

Brady negotiated a restructured contract for the 2019 season which stipulated he could not be designated a franchise player and would be a free agent.

Brady played 20 seasons in New England and 13 times the Patriots posted at least 12 victories. The Patriots played in the conference championship game 13 times during Brady’s run with the team.