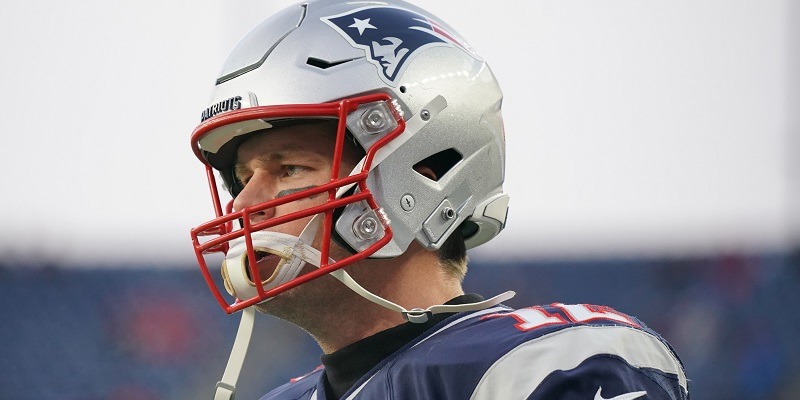 Tom Brady was introduced as quarterback of the Tampa Bay Buccaneers for the first time on Tuesday.

Brady had only glowing things to say about his new team and the New England Patriots, his team for the previous 20 seasons.

“There were a lot of things that were really intriguing to me about the organization,” said Brady, addressing why he chose the Bucs.” The players, coaches, and the willingness of everybody to accomplish what the goal of playing football is, which is to win.”

It was a strange introductory news conference that lasted about 30 minutes.

Held by conference call because of the coronavirus pandemic, there were no photos of the quarterback in his new team colors, just Brady on one line, coach Bruce Arians on another and questions from NFL reporters from coast-to-coast.

Many of those reporters wanted details on the 42-year-old quarterback’s decision to leave New England. Together, he and coach Bill Belichick won 17 division titles, nine conference championships and six Super Bowls.

Brady had nothing but positive comments about Belichick and Patriots owner Robert Kraft. He wouldn’t address reports that he wanted out of New England.

“I’m not responsible for how other people will say certain things,” he said. “I think Mr. Kraft has been a great influence in my life and I’m so grateful for the two decades, and, you know, I referenced that the other day, it’s been an amazing thing for my family.”

He added: “I leave there with just great admiration for the people and the organization. It’s a world-class, first-class organization in every way. And I wanted to leave it that way too. … I certainly wish them the best.”

Speaking about his new team, he said he has “a ton of trust and respect for coach Arians.” And Arians returned the admiration.

Brady said he’s doing what he can to get up to speed on the Tampa Bay system, even though he is separated from his new team because of the coronavirus.

“They hired me to do a job here … I’m going to give it everything I’ve got.”