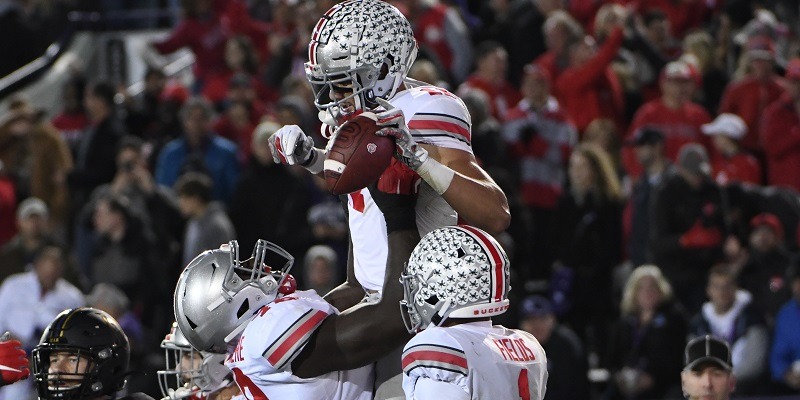 Ohio State leapfrogged Clemson to move into the No. 3 spot in the Associated Press Top 25 poll, released Sunday.

Alabama retained its No. 1 ranking, followed by LSU — unchanged from last week. But the top four aren’t separated by many points, with the Crimson Tide gaining 1,486 points this week and No. 4 Clemson holding 1,408.

Oklahoma held on to the No. 5 spot, while Penn State moved up one place to No. 6 after a 28-21 victory Saturday night over Michigan.

All of the top six teams have 7-0 records.

Wisconsin, which entered Saturday as the nation’s No. 6 team, fell to No. 13 after being upset by Illinois, 24-23.

Rounding out the top 10 are No. 7 Florida, followed by Notre Dame, Auburn and Georgia.

Five of the top 10 teams are from the Southeastern Conference.

Taking the biggest tumble in the poll was previously undefeated Boise State, which plummeted from No. 14 to 22 following its 28-25 upset loss to BYU on Saturday. Michigan dropped three spots to No. 19 after the loss to Penn State.