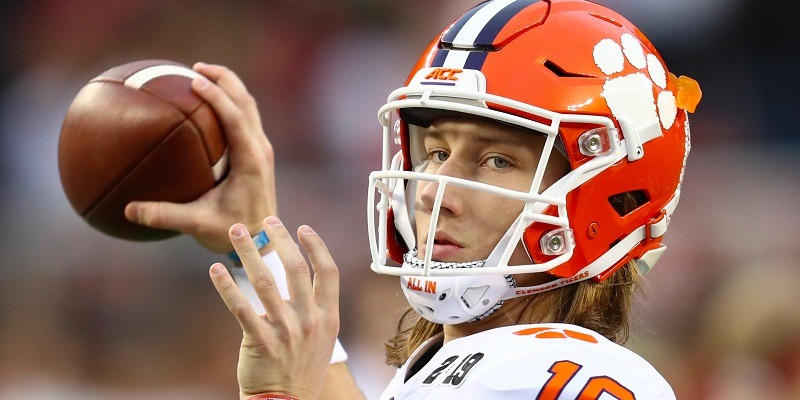 “Tank for Tua” was the trending phrase associated with the Miami Dolphins early last fall.

Then the Alabama quarterback and presumptive No. 1 pick in for the 2020 NFL Draft suffered a pair of significant injuries that derailed his junior season, while the Dolphins became surprisingly competitive down the stretch.

The unexpected twist of events concluded with the Dolphins still landing Tua Tagovailoa in the first round, but at No. 5 overall.

“Tank for Trevor” will likely catch hold for fans of teams who struggle out of the gate whenever the 2020 season starts, and particularly for those lacking a franchise quarterback.

Clemson’s junior signal-caller is atop almost all analysts’ initial 2021 NFL Draft boards, and Trevor Lawrence is the heavy favorite to be the No. 1 overall pick next spring.

He is being offered at -304 by PointsBet and -305 by DraftKings, with the next closest being Ohio State Buckeyes quarterback Justin Fields at +300 by both sportsbooks. DraftKings does favor Fields (+350) over Lawrence (+500) to win the Heisman Trophy, but Lawrence is currently viewed as the prototype quarterback in today’s NFL.

The 2021 draft class is expected to feature several intriguing quarterbacks, with Miami Hurrianes transfer D’Eriq King +1600 at DraftKings and +1800 at PointsBet. The only prospect separating him from the top two quarterbacks is Oregon offensive tackle Penei Sewell, who is +400 at both books.