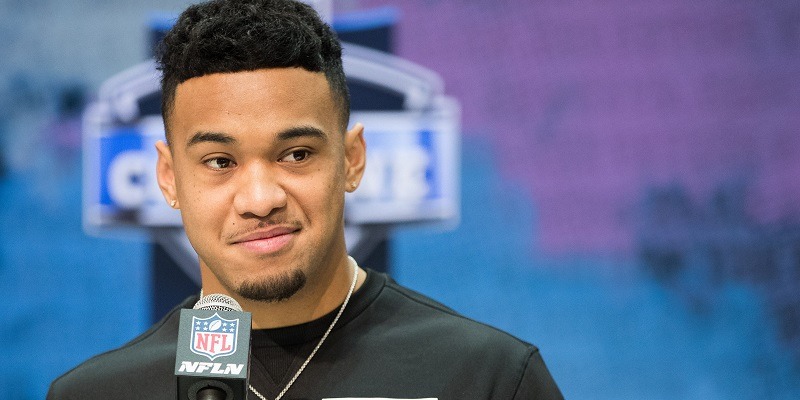 Former Alabama quarterback Tua Tagovailoa participated in a private workout in place of a traditional pro day on Thursday in Nashville, Tenn.

Multiple outlets reported that videotaped footage of the one-hour session will be distributed to all 32 NFL teams.

Tagovailoa is ranked second by Field Level Media among quarterback prospects available in the 2020 NFL Draft, behind LSU’s Joe Burrow.

Burrow is widely expected to be drafted first overall, leaving several quarterback-needy teams vying for Tagovailoa. The interest could begin with the Washington Redskins at No. 2, the Miami Dolphins at No. 5 and the Los Angeles Chargers at No. 6.

More on Tua and some draft notes from me and @RapSheet on @NFLTotalAccess in 2 hours. https://t.co/vMCScpyaiG

Tagovailoa ran through 55 scripted throws and another 20 “dynamic” passes in a drill setting at a private gym. NFL Network reported that there were fewer than 10 people present, in order to follow health and safety guidelines set forth during the coronavirus pandemic.

Tagovailoa underwent two surgeries during his junior season at Alabama in 2019, one on his right ankle in October and another in November to repair a posterior wall fracture and dislocated hip, which ended his season.

Tagovailoa’s agent, Leigh Steinberg, dismissed what he labeled as “overblown” concerns about his client’s injury history, citing the doctors who have examined him.

“He’s actually had a couple of months since the combine to heal, and probably the best authorities are the two doctors who have been able to put their hands on him — Lyle Cain who is at Alabama and Chip Routt in Houston, and he was the one that operated on him,” Steinberg said on 790 The Ticket in South Florida.

“Both of them have been very clear that Tua’s health is fine, and there’s no recurrence that’s going to happen here.”

Tagovailoa left the storied Alabama program as No. 1 in school history in completion percentage (69.3 percent), touchdown passes in a season (43 in 2018) and career passing touchdowns (87).