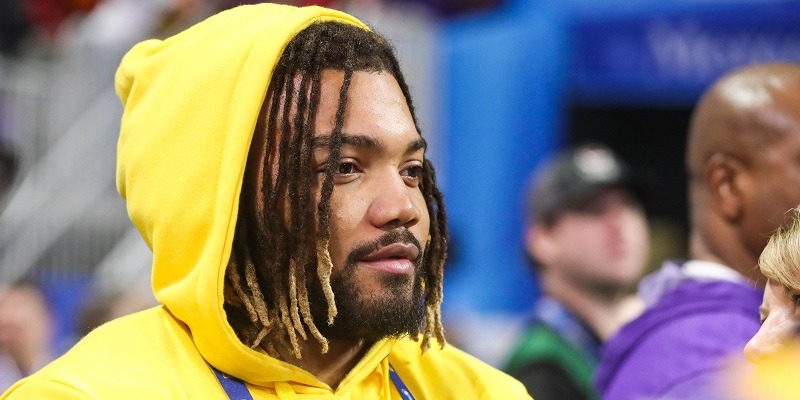 Two former LSU students accused ex-Washington Football Team running back Derrius Guice of raping them in 2016 when Guice was a freshman for the Tigers, USA Today reported Wednesday.

According to the report, the women’s allegations were shared at the time with multiple people at the school, “including at least two coaches, an athletics administrator and a nurse — yet the school does not appear to have investigated.”

Both women, who requested anonymity due to a fear of retribution, told USA Today that Guice assaulted them in their own apartments after nights of heavy drinking. Neither reported the alleged incidents to police.

“I was drunk and passed out on my bed,” one accuser said. “I never gave him consent. I never wanted to have sex with him. I don’t even remember except the flashbacks I had. I just wonder sometimes, does he even know that that was wrong?”

Guice, a second-round draft pick in 2018, was released by Washington earlier this month after being arrested on a felony count of strangulation and other domestic-violence charges.

“At no time were allegations of physical or sexual assault brought against Derrius during his years as a student athlete at LSU,” Greenspun said in his statement. “To bring up such assertions only after the Virginia charges were initiated certainly calls into question the credibility, nature and timing of what is being alleged years later.

“Such speculation and innuendo should not be the basis for Derrius to be required to make any comment at all,” Greenspun added. “But he wants to be absolutely clear. The allegations in this story are just that and have no basis in fact.”

Guice, 23, missed his entire 2018 rookie season with Washington after suffering a torn ACL in training camp. He played in the season opener in 2019, then missed two more months after undergoing surgery in September for a torn meniscus.

He played in five games last season, rushing for 245 yards on 42 carries with a pair of touchdowns. He also caught seven balls for 79 yards and a score.