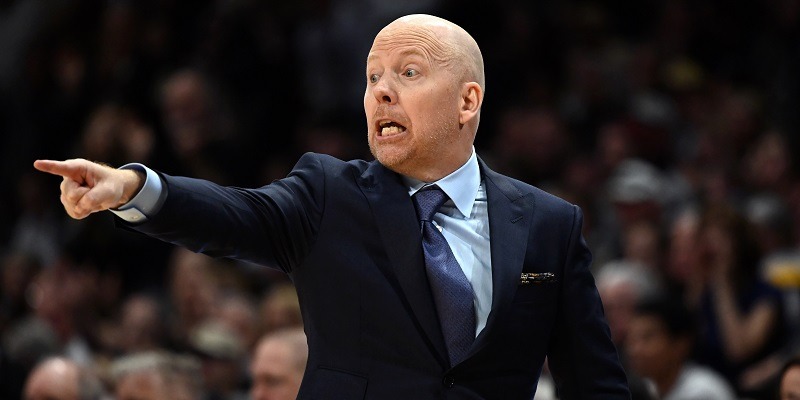 UCLA coach Mick Cronin signed a two-year contract extension on Thursday, less than a week after his team’s exhilarating run in the NCAA Tournament ended with an overtime loss in the Final Four.

The extension will keep Cronin with the Bruins through the 2026-27 season. The contract extension will be worth a guaranteed $4 million per year, UCLA said in a news release.

“In less than two years in Westwood – through seasons disrupted by a global pandemic — Mick has led UCLA Men’s Basketball back to its rightful place among the nation’s elite,” athletic director Martin Jarmond said. “His leadership has given Bruin Nation a program to be proud of, galvanizing alumni and fans around the world, and it’s only the beginning. This extension represents the stability and commitment needed to execute the long-term vision that Mick and I share. The future is bright.”

UCLA was 22-10 in 2020-21 and played in the Final Four for the first time since 2008, In the tournament, the Bruins defeated Michigan State, BYU, Abilene Christian, Alabama and Michigan before their instant-classic, 93-90 overtime loss to Gonzaga on a Jalen Suggs buzzer-beating 3-pointer in the national semifinal.

“I love being at UCLA,” Cronin said. “I would like to thank our players and my coaching staff for their continued commitment to build this basketball program into something of which we can all be proud. I am humbled by the support of the Bruin community.”

Cronin, 49, has a 406-193 career record in 18 seasons at Murray State, Cincinnati and UCLA. He has taken his teams to the NCAA Tournament 12 times.