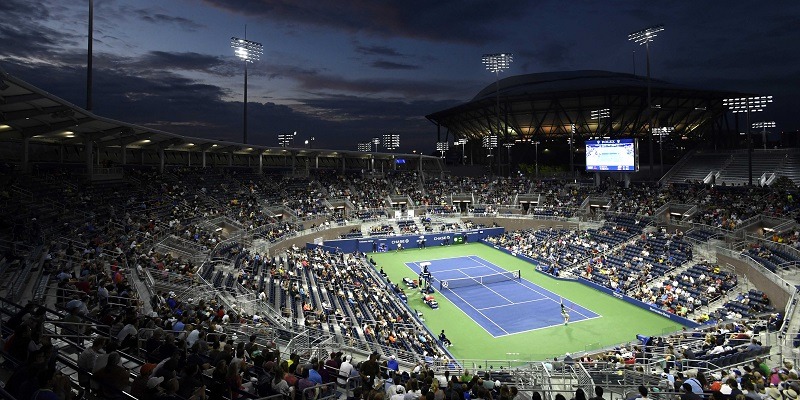 The U.S. Open tennis major is set to proceed on schedule, but without fans in attendance, multiple media outlets reported Monday.

The tournament would be played Aug. 31-Sept. 13 at the USTA Billie Jean King National Tennis Center in New York pending approval from local and state health officials. New York has been one of the cities hardest hit by the coronavirus pandemic, which prompted the ATP Tour and the WTA to suspend play in early March.

“We’re following each step in the (restart) procedure in the great hope that we can announce that the 2020 US Open will be played in its regularly scheduled date,” U.S. Tennis Association director of communications Chris Widmaier told ESPN. “We hope to make an announcement in the very near future.”

According to multiple reports, the USTA is close to reaching agreements with the WTA and ATP Tours regarding protocols for the event.

Both tours have postponed all events scheduled through the end of July, but the August schedule is now reportedly being reframed.

Reports emerged in early June that the Western & Southern Open, which has men’s and women’s divisions, would be moved from Mason, Ohio, to the USTA Billie Jean King National Tennis Center and played the week before the U.S. Open.

ESPN reported Monday that the men’s and women’s Citi Open in Washington could be postponed from Aug. 2-9 to Aug. 16-23.

The WTA Tour’s Rogers Cup, scheduled for Aug. 10-16 in Montreal, was cancelled in mid-April. According to ESPN, the new schedule proposed by the USTA would see the ATP Tour’s version of the Rogers Cup, set for the same week in Toronto, also get scratched.

Even if dates are established for the U.S. Open, the USTA still must get the players on board with its plans for hosting the event.

World No. 1 Novak Djokovic said earlier this month that the restrictions reportedly being imposed for the U.S. Open would be untenable.

“I had a telephone conversation with the leaders of world tennis, there were talks about the continuation of the season, mostly about the U.S. Open due in late August, but it is not known whether it will be held,” Djokovic told Prva TV. “The rules that they told us that we would have to respect to be there, to play at all, they are extreme. We would not have access to Manhattan, we would have to sleep in hotels at the airport, to be tested twice or three times per week.

“Also, we could bring one person to the club which is really impossible. I mean, you need your coach, then a fitness trainer, then a physiotherapist.”