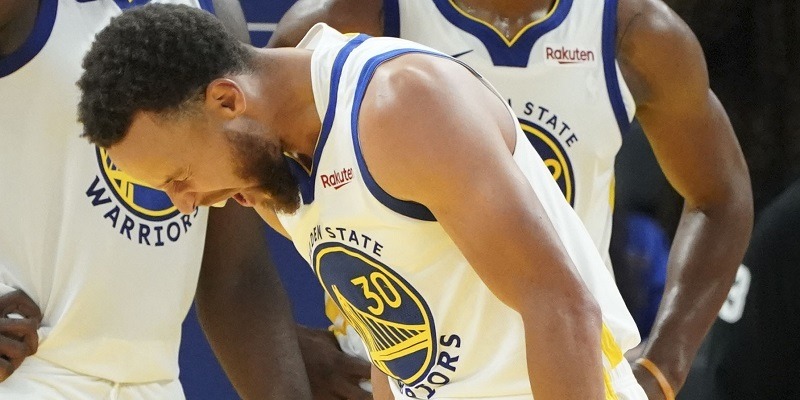 With the Warriors trailing 83-54 in the fourth minute of the third period, Curry collided with Suns center Aron Baynes on a drive to the hoop and fell hard on his left arm.

Curry immediately came up holding his wrist, and after a timeout, was taken to the locker room with 8:31 left in the third quarter. Willie Cauley-Stein was summoned from the bench to shoot the two free throws.

The Warriors announced during the fourth quarter that Curry had broken his left hand. The two-time NBA Most Valuable Player will be out indefinitely.