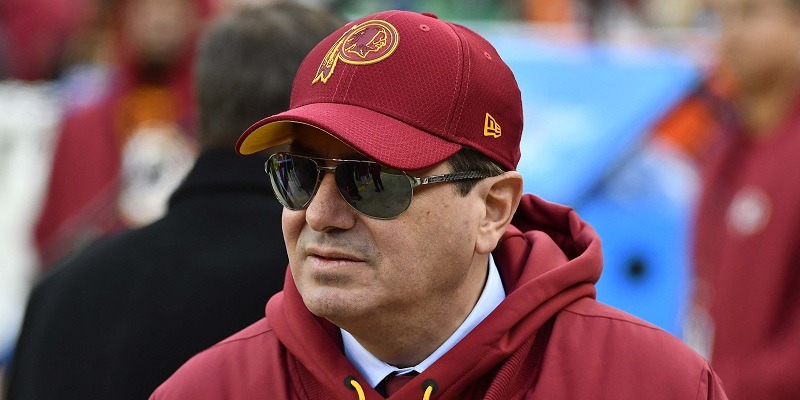 The Washington Football Team incurred a $10 million fine as a result of the independent workplace review into the franchise’s culture conducted by counsel Beth Wilkinson.

No suspensions or further compensatory sanctions were delivered when the NFL announced Thursday that Washington also is obligated to report to the league twice a year through July 31, 2023, with updates about how it is following through on improving its workplace culture and implementing Wilkinson’s recommendations.

The $10 million fine “will be used to support organizations committed to character education, anti-bullying, healthy relationships and related topics,” according to the NFL.

The punishment was announced almost one year after the Washington Post first detailed widespread allegations by former employees of a toxic work culture and various instances of sexual harassment inside the franchise.

The news also comes the same week that Washington announced owner Dan Snyder’s wife, Tanya Snyder, would step into a new capacity as co-CEO of the team.

The NFL’s release made clear that Dan Snyder, who has owned the team since 1999, would be taking a step back and handing day-to-day operations over to his wife.

“As co-CEO, Tanya Snyder will assume responsibilities for all day-to-day team operations and represent the club at all league meetings and other league activities for at least the next several months,” the league’s memo said. “Dan Snyder will concentrate on a new stadium plan and other matters. All senior executives of the club, including Dan and Tanya Snyder, will undertake comprehensive training in workplace conduct and related issues (including bullying, diversity and inclusion, harassment, LGBTQ issues, microaggression, and unconscious bias, among other topics).”

The Post investigation in July 2020 included interviews with more than 40 current and former employees, including 15 women who alleged they were sexually harassed while working for the team. The main subjects of harassment accusations, including radio announcer Larry Michael, director of pro personnel Alex Santos and assistant director of pro personnel Richard Mann, either retired or were fired by the team around the same time.

Dan Snyder himself was not the subject of sexual harassment accusations in the initial report, but he was alleged to have belittled a male colleague for having been a cheerleader in college. A follow-up report said the team settled a sexual misconduct claim against him in 2009 for $1.6 million.

Snyder released a 391-word statement in which he said he felt “great remorse” for the ex-employees who faced harassment and other toxic behavior while working for his team.

“I have learned a lot in the past few months about how my club operated, and the kind of workplace that we had,” Snyder said in part. “It is now clear that the culture was not what it should be, but I did not realize the extent of the problems, or my role in allowing that culture to develop and continue. I know that as the owner, I am ultimately responsible for the workplace.”

Snyder also confirmed that Tanya Snyder would represent Washington in all league activities while he focuses on developing plans for a new stadium “during the next several months.”

In a statement, commissioner Roger Goodell thanked Wilkinson and her team for their review of the team’s culture, of which the NFL assumed oversight last August.

“Beth and her team performed their work in a highly professional and ethical manner,” Goodell said. “Most importantly, I want to thank the current and former employees who spoke to Beth and her team; they provided vital information that will help ensure that the workplace environment at the club continues to improve. It is incredibly difficult to relive painful memories. I am grateful to everyone who courageously came forward.”