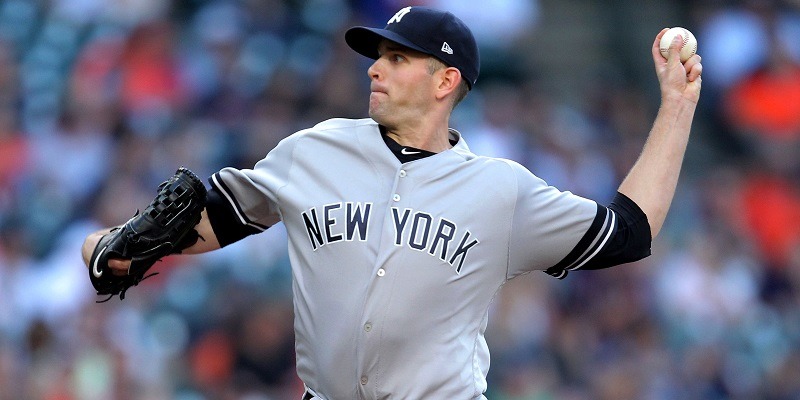 In another twist to the New York Yankees’ injury-riddled season, the team activated third baseman Miguel Andujar from the 10-day injured list Saturday and put left-hander James Paxton on it.
Andujar is expected to be in the lineup when New York hosts Minnesota on Saturday at Yankee Stadium. He suffered a partial tear of the labrum in his right shoulder when he dove into third base in the third game of the season on March 31.

Paxton’s injury is left knee inflammation. He started Friday night’s 6-3 win over the Twins but left the game after allowing two hits, three walks and an unearned run in three innings.
The 30-year-old Paxton, acquired in a trade with Seattle in November, is 3-2 with a 3.11 ERA in seven starts. He has struck out 52 and walked 13 in 37 2/3 innings.
In a corresponding move, the Yankees called up right-hander Jake Barrett from Triple-A Scranton/Wilkes-Barre.
The Yankees will welcome back Andujar to bolster their infield depth.
In three rehab games for Class-A Advanced Tampa, Andujar batted .300 with a home run and four RBIs. His shoulder didn’t hamper his ability to make throws on defense.
To clear space on the roster for Andujar, the Yankees optioned first baseman Mike Ford to Triple-A after Friday’s game.
–Field Level Media (@FieldLevelMedia)