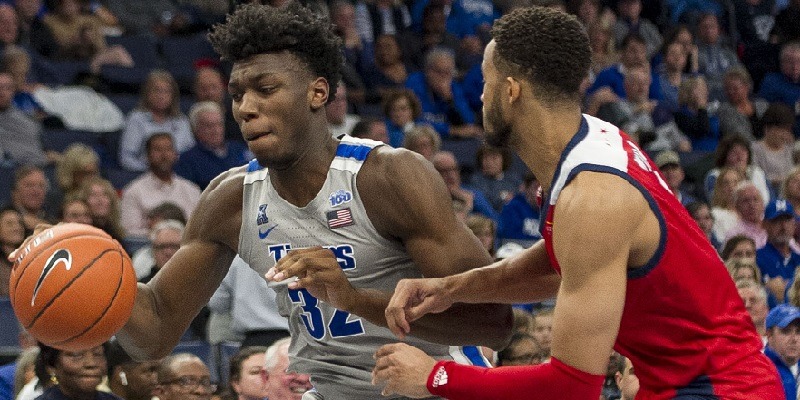 Wiseman was the nation’s top overall recruit in the 2019 class, but only played in three games for Memphis. He was suspended by the NCAA for receiving improper financial benefits, then voluntarily withdrew from school to focus on draft preparation.

Still, Wiseman has the makings of a powerful big man on both ends of the floor. He boasts a 7-foot-1, 237-pound frame and a 7-foot-6 wingspan, and is a threat to block shots, rebound and score inside.

In three games with Memphis, Wiseman averaged 19.7 points, 10.7 rebounds and three blocks. As a high school senior, he was the Gatorade National Player of the Year after averaging 25.8 points, 14.8 rebounds and 5.5 blocks per game.

Wiseman is regarded as the best pure center in this class. But because of his short-lived college career, Wiseman has a bit of an aura of mystery entering the draft.

That lack of experience, along with his skill set, could mean he needs a more simplified role at the beginning of his career. He is most effective as a hard screener and rim-runner, with the occasional pop. He also possesses the athleticism to run the floor and the versatility to finish with authority or with touch.

There’s not a lot of evidence (yet) of Wiseman as a reliable mid-range or 3-point shooter, which is becoming more necessary for the modern NBA big man. Additionally, he is not a sharp ballhandler or playmaker.

But Wiseman has All-Defensive potential as a rim protector, and impressive physical tools that can be applied on both ends.

With All-Star Karl-Anthony Towns already on the roster, the Minnesota Timberwolves are unlikely to draft Wiseman first overall. But he could be a perfect fit at No. 2 for the Golden State Warriors, who have long coveted a center.