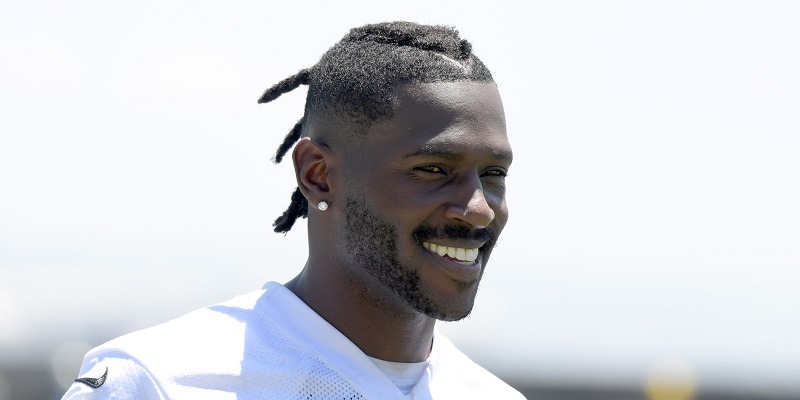 Antonio Brown is officially a member of the Tampa Bay Buccaneers.

Head coach Bruce Arians said Monday that Brown, who is suspended for the first eight games of the season, would be on the field with the team for the first time Wednesday. Brown is permitted to do conditioning and individual work but not practice with the Buccaneers until his suspension is lifted.

Reports pegged Brown’s contract at a max value of $2.5 million. ESPN reported he can earn $250,000 incentives for receptions, yards and touchdowns, plus an additional $750,000 should Tampa Bay win the Super Bowl.

Brown has reportedly already cleared NFL’s coronavirus protocols. He could be on the field for Tampa Bay in Week 9, a Sunday night home game against the New Orleans Saints on Nov. 8.

Bucs quarterback Tom Brady and Brown were briefly teammates last season in New England. The Patriots kept Brown for just one game after his short tenure with the then-Oakland Raiders.

Brown, 32, has been a free agent since September 2019, when the Patriots released him after one game following allegations of sexual assault and sending intimidating text messages to an accuser. Those allegations led to an NFL investigation.

A seven-time Pro Bowl and four-time All-Pro selection, Brown ranks third among active players in receptions (841) and is fourth in receiving yards (11,263) and touchdown catches (75).

How quickly can A.B. become a factor?

Buccaneers coach Bruce Arians said on Monday that he expects Brown to be able to upramp quickly within the offense.

“I think some route concepts and things like that, but when I left they changed the terminology in Pittsburgh for all those years he played, so it’ll be pretty much ground zero with him other than the route tree, how we run routes and things like that,” Arians said. “It’ll be a big adjustment for him, but we’ll get him up to speed.”