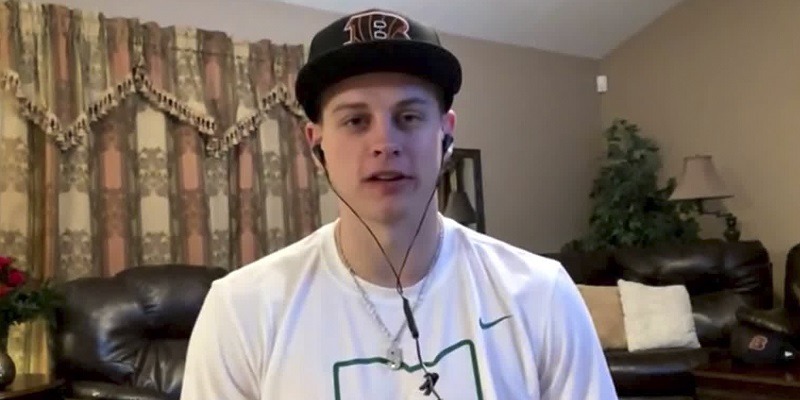 There is no buyer’s remorse emanating from the Cincinnati Bengals during the current honeymoon period with No. 1 overall pick Joe Burrow.

The quarterback has been “as advertised” during the atypical virtual offseason, Bengals second-year head coach Zac Taylor said.

“He’s been great,” Taylor said in an interview with Albert Breer of SI.com. “As advertised is the best way to put it. You can tell he spends a lot of time on his own being prepared with questions and he’s doing a great job taking ownership, which is important for a quarterback to do, and he’s doing everything he can to own this offense. Been really impressed with him, but not surprised.”

Taylor has employed a huddle-type video conference during which Burrow, who won the Heisman Trophy and guided undefeated LSU to the national championship last season, makes play calls and gets everyone lined up properly. Burrow requested the Bengals’ playbook and offensive terminology in script form weeks before he was officially announced as the No. 1 overall pick.

“We made the quarterbacks stand up,” Taylor told Breer. “So Joe’s probably in his parents’ basement, standing up, yelling, while his mom’s upstairs making lunch. It was good. They took ownership of it. And I told them, we’re not trying to act like we’re in church here, we need to replicate these reps we’re missing on the field, so speak up and be loud and let everybody hear you. And our guys did a good job of that.”

The Bengals selected Burrow with the top pick in the 2020 draft but haven’t had the typical installation periods on the field during rookie minicamp and team minicamp because of the coronavirus pandemic.

The Bengals are scheduled to report to training camp July 28.