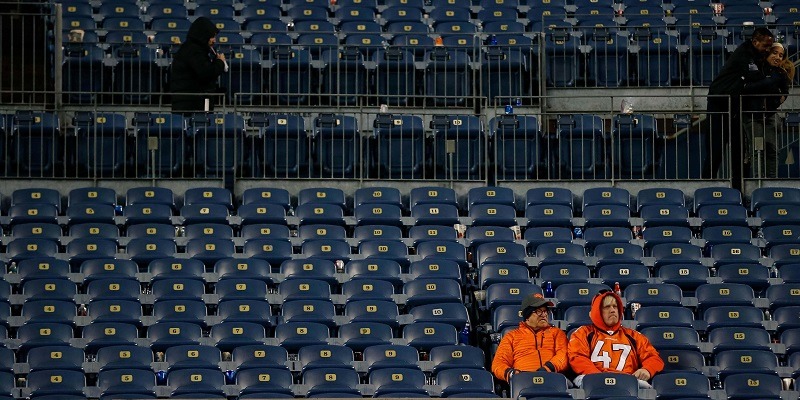 The Broncos kick off the season at Empower Field at Mile High on Monday night Sept. 14 against the Tennessee Titans. The stadium’s normal capacity is 76,125 for football.

“We are grateful for the loyalty and enthusiasm that Broncos fans have shown this year,” the team said in a press release. “… But this is the responsible thing to do right now.”

The Broncos are hoping to host a “limited number of fans on a gradually increasing basis” as the season goes on. Their second home game is Sept. 27 against Tom Brady and the Tampa Bay Buccaneers.

The Lions’ first two home dates at 65,000-seat Ford Field are Sept. 13 against the rival Chicago Bears and Oct. 4 against the New Orleans Saints.

The Lions said a decision about their third home game, Nov. 1 against the Indianapolis Colts, and other dates will be determined after further evaluation.

“Lions fans have traditionally created an intimidating environment for visiting teams at Ford Field,” the team said in a statement. “… We are hopeful for an opportunity to host fans at the remaining six 2020 home games.”

Both teams said these decisions were made in conjunction with state and local officials and with the health and safety of fans, players and stadium staff members as the top priority.

The Broncos and Lions joined a growing list of NFL teams who will begin the season without fans, including the Seattle Seahawks, New England Patriots, Titans, Bears, Houston Texans, Green Bay Packers, New York Jets and Giants and the Washington Football Team.