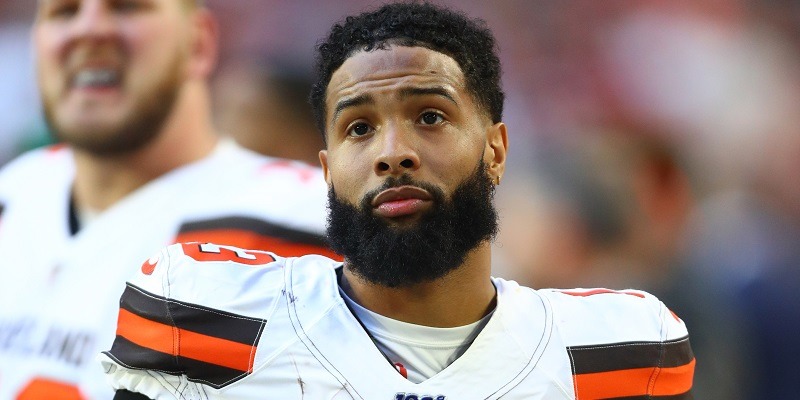 Asked on NFL Network’s “Good Morning Football” about the ongoing chatter around OBJ being dealt, Berry said the reports are pure fiction.

“With all due respect to the question, I think this is actually a topic, at least from our perspective, there really hasn’t been a ton of ambiguity,” Berry said Wednesday. “We’ve been clear from the beginning that we view Odell as a fantastic player. We’re a better team with him on the field. We see him as a long-term member of the organization. We really like how he’s acclimated and adjusted with the new staff. So the rumors, that’s not something that we can control, but we’re happy to have him as a part of our organization.”

Beckham caught 74 passes for 1,035 yards and four touchdowns in his first season with the Browns in 2019.

He was acquired from the New York Giants by the previous regime — general manager John Dorsey and head coach Freddie Kitchens were fired after last season — which prompted further speculation the Browns might be looking to unload Beckham.

Last week before the 2020 NFL Draft, Beckham was reportedly shopped for draft compensation, including a deal involving the Minnesota Vikings. The Vikings had two first-round picks after trading wide receiver Stefon Diggs to the Buffalo Bills.

“It’s completely false,” DePodesta said. “I have no reason to believe he doesn’t want to be here.”

Beckham, 27, is a three-time Pro Bowl selection with five 1,000-yard seasons in his first six campaigns. He played his first five seasons with the New York Giants.