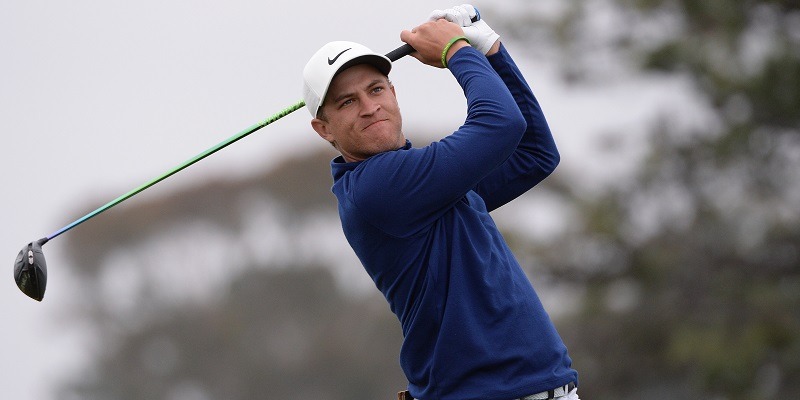 Cameron Champ withdrew from the Travelers Championship in Cromwell, Conn., on Tuesday after testing positive for the coronavirus.

Champ said he didn’t feel sick. Per the PGA health and safety rules, he must self-isolate for 10 days.

“I feel great physically and I was obviously surprised and disappointed to learn of the test result,” Champ said in a statement. “It’s important now to take the necessary steps and measures to protect others, including my loved ones.”

The Tour issued a statement that read, in part, “PGA Tour member Cameron Champ has withdrawn from the Travelers Championship after testing positive for COVID-19 during pre-tournament screening on Tuesday. Champ will have the PGA Tour’s full support throughout his self-isolation period under CDC guidelines.”

Champ was scheduled to tee off at 8:05 a.m. ET on Thursday with Keith Mitchell and Michael Kim.

He is the second PGA Tour player to have a known positive COVID-19 test after Nick Watney withdrew from the RBC Heritage last week in Hilton Head Island, S.C.

Champ played in the Charles Schwab Challenge two weeks ago in Fort Worth, Texas, finishing tied for 14th. His playing partners were Jim Herman and Ireland’s Shane Lowry on Thursday and Friday, then Jason Kokrak on Saturday on Sunday.

Champ did not compete last week in the RBC Heritage. The Fort Worth and Hilton Head tournaments were the PGA Tour’s first two events back after a three-month, pandemic-prompted hiatus.

Jordan Spieth said Tuesday in preparation for the Travelers that players were working with all of the necessary adjustments to protocol through all-player calls on Mondays.

“It’s certainly changing, and it’s something that — it’s a plan to work on every single week,” Spieth said. “I think with Nick, the fact that there were no other positive tests was huge, clearly.

“But the idea that the systems in place allowed for him to test negative on a Tuesday, somehow contract the virus by Friday but not spread it to anyone including the people he’s staying with means that there was something done right with what was in force at the golf course and how Nick was approaching it, as well. And I know he was one of the safest individuals from day one, so it’s kind of unfortunate that it happened to be him.”