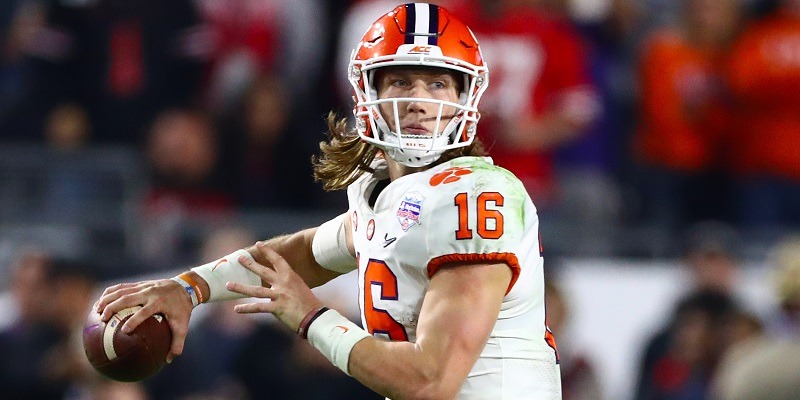 Clemson is the favorite to win the 2021 College Football Playoff in January.

DraftKings and Caesars Sportsbook installed the Tigers as favorites over Alabama and Ohio State, while FanDuel’s latest odds for the championship also put the Tigers on top at 2-1 odds. Ohio State (4-1), Alabama (5-1), Georgia (10-1) and Florida and LSU each at 16-1 are the next closest to Clemson in FanDuel’s breakdown.

Alabama is the universal favorite over LSU in the Southeastern Conference despite the loss of quarterback Tua Tagovailoa, who also entered the draft.

According to Caesars, Ohio State would be favored over Clemson in a head-to-head game played at a neutral site this season. However, Clemson’s perceived cakewalk ACC schedule has the Tigers as the prevailing favorite for the title.

William Hill Sportsbook made Clemson an 11-5 favorite. Ohio State is 4-1 and Alabama is 9-2.

William Hill lists LSU at 25-1 odds, even with Auburn and Oregon.