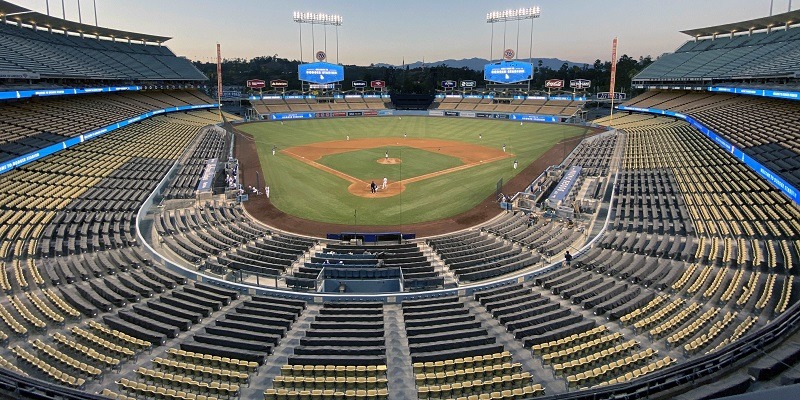 LOS ANGELES — The only American League pitcher ever to start an All-Star Game at Dodger Stadium has a pristine recollection of the day.

Steve Stone, then 32, took the mound in Los Angeles on July 8, 1980, in the midst of the Cy Young Award season that would define his playing career. A 10-year wait for his first All-Star Game appearance gave him a well-rounded appreciation for the moment at hand.

“All of a sudden, when they announced Bucky Dent as the eighth hitter, I just stopped,” said Stone, who turns 73 on Tuesday, as he recalled warming up for the game in the visitor’s bullpen. “I was standing on the mound and I didn’t throw any pitches. I wanted to hear, ‘Warming up in the bullpen … down the right-field line for the American League … starting pitcher Steve Stone, Baltimore Orioles.’

“I listened to it and it was just … thrilling.”

Stone’s connection with the venue that day is that Dodger Stadium also was experiencing an All-Star Game for the first time. The massive concrete structure, carved into the side of a hill just north of downtown L.A., opened in 1962 and was in its 19th season. Now in its 59th season, it remains the only All-Star Game in the ballpark’s history.

No. 2 was supposed to take place Tuesday, but the altered schedule because of the coronavirus pandemic forced the game to be canceled. Major League Baseball rescheduled the game for an unnamed date during the 2022 season. The Atlanta Braves will host to the 2021 game.

The 4-2 win by the National League in 1980 isn’t the only All-Star Game in Los Angeles history. The Dodgers hosted the game in 1959 at the Los Angeles Memorial Coliseum, but count manager Dave Roberts as one who thinks the game should have returned to Dodger Stadium long ago.

“It doesn’t seem right,” Roberts said. “Obviously there are some reasons behind it. It’s hard probably to justify as far as being a Dodger fan, and this amazing venue and great city.”

Tight clubhouse quarters and limited space for a growing media contingent likely played into MLB’s decision to skip the venue over the years, followed by the league’s decision more recently to honor teams that build new stadiums with the midseason exhibition.

Recent stadium upgrades, though, have brought Dodger Stadium back into MLB’s good graces. The clubhouses have been revamped, and the home one, at least, is significantly larger. The field-level concourse has been expanded, and a massive upgrade to the seating and concession areas beyond the outfield wall was completed during the recent stoppage of play.

Visually, the venue always has been resplendent. Operationally, it has returned to being one of the best again.

Dodgers president Stan Kasten laughed about how the scheduling predicament has earned him a place in the annals of baseball.

“I’m pleased to have the distinction of being the first team president to be awarded the game twice in (three) years,” Kasten said. “That’s kinda cool.”

Long before Tuesday’s game was called off, the Dodgers had ordered large signs to promote the occasion. When the order was received this spring, the team figured it was going to go down as a wasted expense.

“Well, when we opened the sign, nobody thought of it before until it came here, but it was then that we realized there was no date on that sign; it doesn’t say 2020,’ Kasten said. “And I guess that makes sense, because it didn’t need to; it was only honoring this year’s game.

“They asked me what to do and when I heard that, I said, ‘Just put the sign up.’ We’re gonna have a game, it’s gonna be here soon, I don’t know [the exact date] yet but it will be a constant reminder that we’re getting a game. L.A. is getting a game, it’s coming here.”

In three years with the Dodgers, Bellinger has earned two All-Star Game appearances. He said both honors were a validating experience. It was not lost on the 25-year old that dozens of players will miss out on that same experience with no All-Star Game this year.

“It was so cool and I think for me personally, last year was even cooler because I wasn’t on the team in ’18, and you never know when you’re gonna get back there,” Bellinger said. “Those two or three days that you’re out there with all those dudes, it’s truly special.

“And so I’ll never take those days for granted.”

When the 2022 All-Star Game arrives, it will end a 42-year run of the Dodgers not hosting the contest. The number has its significance.

“I guess the No. 42 kind of lines up with Jackie [Robinson] so there should be some play with that,” Roberts said of Robinson, the first Black player to take the field in an MLB game in 1947 for the Brooklyn Dodgers.

“I wouldn’t have been the manager for this one,” Roberts said of the All-Star honor that goes to the manager in each league who took his team to the World Series the previous season. “So I get another crack at it next year, so hopefully I get to manage in it the next couple of years.”

When that 2022 game does come to pass, Stone will be watching. Specifically, he will pay attention to pregame warmups, he said. He made just one All-Star Game appearance, but he did throw three perfect innings at the outset, an accomplishment that might not be matched soon.

“I’ll just take a look at who’s that starting pitcher for the American League (in 2022) and I will really be able to relate to what he is going through,” Stone said.