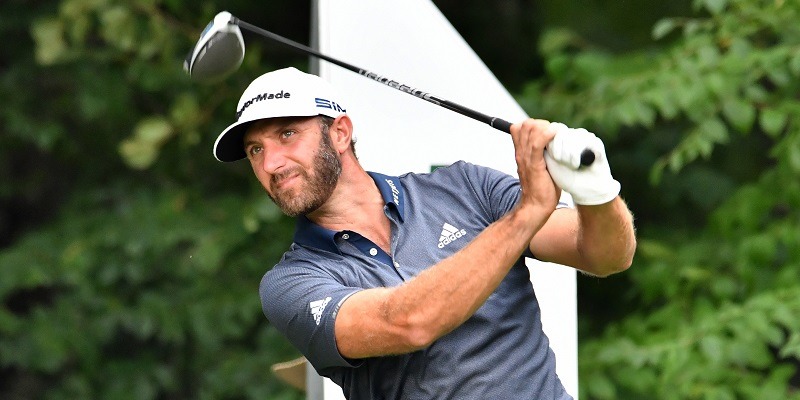 NOTES: Fans will be allowed at a domestic PGA Tour event for the first time since the coronavirus pandemic shut the sport down for three months. A max of 2,000 fans will be allowed on the grounds per day. … Griffin will be defending his first Tour title, and he’ll be doing so on a different course and against a stronger Houston Open field than normal with the rescheduled Masters next week. The Houston Open was also the lead-up to the Masters for a decade when the event was previously held in the spring. … Top-ranked Dustin Johnson returns after withdrawing from two events due to a positive COVID-19 test. The only other top-10 player in the field is Tyrrell Hatton, although they’ll be joined by Brooks Koepka making his second start since returning from injury. … Despite concerns about fans returning, Phil Mickelson chose to prepare for August National at the Houston Open rather than competing on the Champions Tour this week. … The Tour returns to Memorial Park for the first time since 1963 and debuts a redesign by Tom Doak with input from Koepka. … Henrik Stenson is in the field after withdrawing in the second round last week citing a foot injury.

BEST BETS: Johnson (+700 by DraftKings) is competing for the first time since the U.S. Open in September. He may be rusty after recovering from COVID-19, but still has five consecutive top-6 finishes. … Hatton (+1800) followed up a win at the BMW Championship with a T3 at The CJ Cup @ Shadow Creek and has three wins in his past 15 worldwide starts. … Tony Finau (+1800) also recovered from COVID-19 and finished T11 at the Zozo Championship. He has seven top-15 finishes in his past nine starts. … Hideki Matsuyama (+2000) keeps posting solid results while chasing his first win since 2017. He has finished outside the top 30 just twice in his past 12 events. … Viktor Hovland (+2200) doesn’t have a top-10 since July but did reel off three straight top-15s starting with the Tour Championship. … Scheffler (+2200) authored the most recent sub-60 round on Tour at The Northern Trust. Another who has overcome COVID-19, Scheffler is a streaky player coming off a T17 at the Zozo Championship. … Sergio Garcia (+4500) offers long odds for a former Masters champion who won just last month and posted a T21 in his last start at The CJ Cup.

NEXT WEEK: The Masters, Augusta, Ga.

NOTES: Typically a limited-field event as the final leg of the Charles Schwab Cup playoffs, this year’s event will feature a full field as part of the combined 2020-21 Cup seasons. … Eight players in the field will also play in next week’s Masters: Fred Couples, Bernhard Langer, Sandy Lyle, Larry Mize, Jose Maria Olazabal, Vijay Singh and Mike Weir. … Couples is playing for the first time since September but does have five top-10s in eight 2020 starts. … Jim Furyk is attempting to become the first rookie to win three times on the tour since Couples in 2010 and owns a 68.40 scoring average this year. … Langer has never won at Phoenix Country Club.