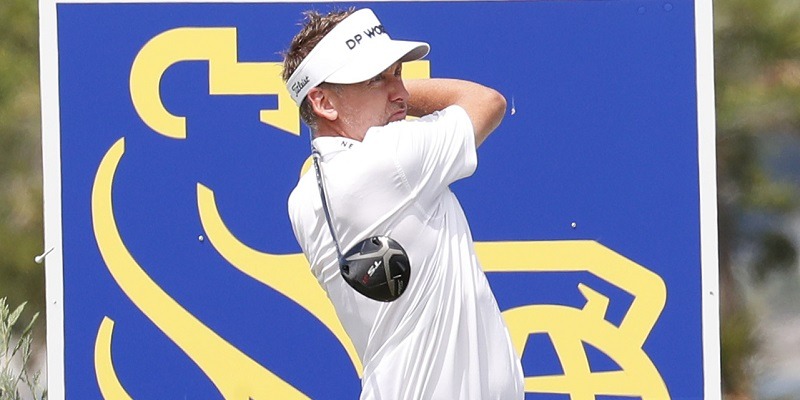 Mark Hubbard and Ian Poulter posted 7-under-par 64s to share the lead after the morning wave during the first round of the RBC Heritage in Hilton Head, S.C. on Thursday.

Both players posted bogey-free rounds in ideal scoring conditions at Harbour Town, with Poulter making seven birdies. Hubbard punctuated his round with an eagle on the par-5 second hole – his 10th of the day after starting on the back nine. Hubbard had an opportunity to grab the outright lead but parred his final three holes.

“More than anything, I’m happy with my mental game,” said Hubbard, who has three top-10s this season after graduating from the Korn Ferry Tour. “I think I’ve grown up and come a long way in the last two years. I definitely have the Korn Ferry Tour to thank for that. I needed to go back down there and kind of figure out my game again and my mental state.”

Viktor Hovland, Sebastian Munoz and Michael Thompson were tied for second place at 6 under, with Jordan Spieth among a group of players another shot off the pace.

Spieth also began on the back nine and posted a triple bogey on the 12th hole after his wayward drive ricocheted out of bounds. However, he turned in the stretch of the day – and the best of his career – with six consecutive birdies as part of a 7-under 29 on his back nine.

“In the middle of it, I thought, ‘this would be really cool to birdie the last eight,'” said Spieth, who added that was largely taken out of play when he had to play his approach on No. 8 safely due to mud on his ball and water in play. “I knew where I stood. I knew what was going on. But I mean, it doesn’t change the way you play.”

Brooks Koepka, Rickie Fowler and Daniel Berger, coming off a win at last week’s Charles Schwab Challenge, each posted 4-under 67s on Thursday.

The biggest surprise Thursday was the struggles of top-ranked Rory McIlroy. After falling out of contention during the final round last Sunday, he opened with a 1-over 72 on Thursday. McIlroy started on the back nine and made his turn in 3-over 38 before rolling in a pair of birdies over his final five holes.

Having played at Harbour Town only once previously, back in 2019, McIlroy acknowledged there are a few holes he doesn’t recall well, although it’s a shorter course that gives up plenty of birdie opportunities from the fairways.

“I wasn’t particularly comfortable out there,” McIlroy said. “I played here once before in ’09, and I just can remember not being that comfortable around here then, and it’s still sort of the same. I’m just not comfortable and sort of trying to pick lines and really commit to shots.

“I just wasn’t as committed today as I need to be around here.”