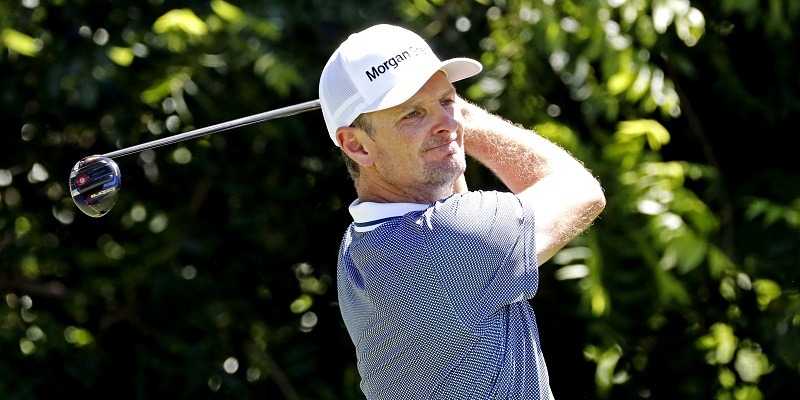 England’s Justin Rose shot a 7-under-par 63 to take the lead after the morning wave in the first round of the Charles Schwab Challenge at Colonial Country Club in Fort Worth, Texas on Thursday.

The Tour returned after a 91-day hiatus due to the coronavirus pandemic, concluding the longest break in competitive action since World War II. With stringent testing policies in place and no fans in attendance, the 148-player field includes the top five players in the world.

Rose has fallen to No. 14 in the official world golf rankings, but the former No. 1 player won at Colonial in 2018 and took advantage of ideal scoring conditions Thursday.

Starting on the back nine, Rose rolled in a birdie from just off the green on his first hole of the day. He made the turn in 4-under 31 and appeared poised to make a run at the course tournament record of 61 set seven previous times when he reeled off three consecutive birdies to begin his back nine.

Rose continued his stellar ball-striking, but settled for a run of six pars to close out his round. He hit 11 of 14 fairways, 12 greens in regulation and needed 24 putts to get around Colonial on Thursday.

Rose led by one shot over Venezuela’s Johnattan Vegas and Mexico’s Abraham Ancer, with the morning wave holding a 69.0 scoring average.

Vegas, who attended the University of Texas, said he has felt the support of being back in the state for the Tour’s return.

“Obviously we missed it a lot,” Vegas said. “Being at home for three months, even though it was good for me, I definitely missed playing. But just kind of getting back and getting competing again, I missed it. I felt the nerves on the first tee, and it was good getting back at it.”