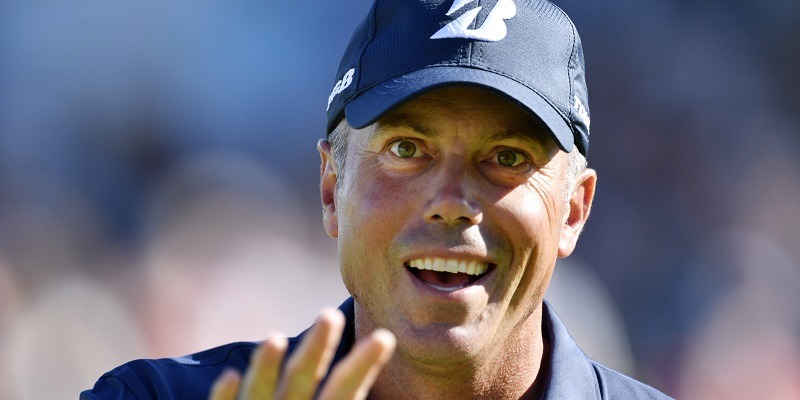 Calling the outcry over his caddie’s pay from a tournament in November “a social media issue more than anything,” Matt Kuchar said he had no regrets about the $5,000 he paid his emergency replacement to be on the bag for the PGA Tour’s Mayakoba Classic in Mexico.
Kuchar, who won the tournament, his first Tour victory in four years, pocketed a check for just under $1.3 million, a contrast to what he paid substitute caddie David Giral Ortiz. Caddies typically receive a percentage of what their player earns, sometimes as high as 10 percent.
In comments to GolfChannel.com at the Genesis Open at the Riviera Country Club near Los Angeles on Wednesday, Kuchar’s biggest point was that he and Ortiz had agreed to a fixed payment, and that their arrangement included bonuses that would have maximized the payment at $4,000, so Ortiz received more than the arrangement.
“It’s kind of too bad that it’s turned into a story. I really didn’t think it was a story because we had an arrangement when I started,” Kuchar said. “I’ve done enough tournaments and had enough weekly caddies, and I’m very clear about what the payment will be. And we had an arrangement Tuesday that David was OK with, and I thought Sunday he was very much OK with it.”
Instead, Golf.com’s Michael Bamberger obtained an email sent from Ortiz to to Kuchar’s agent, Mark Steinberg, in which Ortiz said he feels “like I was taken advantage of by placing my trust in Matt.”
The email intended to “(reach) out to you to see if you can facilitate me receiving a fair amount for my help with Matt winning $1,296,000,” Ortiz wrote.
Ortiz, a regular caddie at the Mayakoba Resort near Cancun, told Golf.com that the agreement was a $3,000 fee for the week with an undetermined bonus to be paid based on prize money earned. He was surprised when the total — paid in U.S. cash — amounted to only $5,000.
Kuchar also said Wednesday that he had subsequently offered Ortiz $15,000 more, but the caddie didn’t accept the offer.
Ortiz confirmed that he was offered the extra money, but said he turned it down because he believed he deserved another $45,000.
“No thank you. They can keep their money,” Ortiz said.
Kuchar added that he “certainly (doesn’t) lose sleep over this. This is something that I’m quite happy with, and I was really happy for him to have a great week and make a good sum of money. Making $5,000 is a great week.”
–Field Level Media