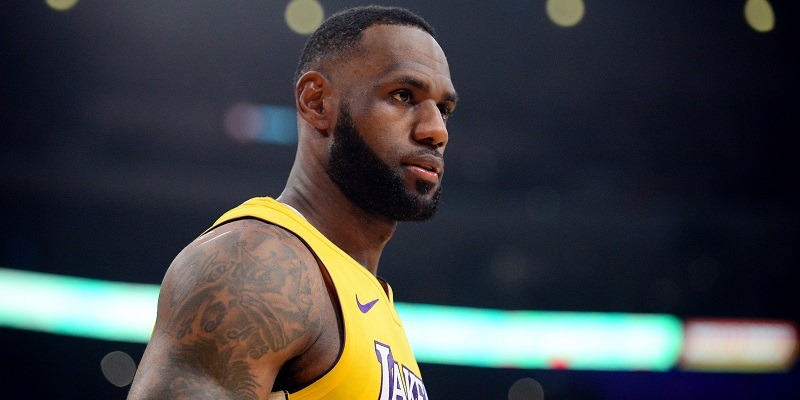 Team executives and player agents are calling on the NBA to cancel the rest of the 2019-20 season and focus on preparing to play next season instead, CNBC reported Thursday.

The network’s report attributed the comments to anonymous sources.

LeBron James responded to the report via Twitter by cautioning the NBA against canceling the season.

“Saw some reports about execs and agents wanting to cancel season??? That’s absolutely not true. Nobody I know saying anything like that. As soon as it’s safe we would like to finish our season. I’m ready and our team is ready. Nobody should be canceling anything,” James wrote.

Saw some reports about execs and agents wanting to cancel season??? That’s absolutely not true. Nobody I know saying anything like that. As soon as it’s safe we would like to finish our season. I’m ready and our team is ready. Nobody should be canceling anything. ??

Dallas Mavericks owner Mark Cuban told CNN on Thursday that no substantive changes are being made to the NBA’s plan for finishing the season. From Cuban’s perspective, the NBA is in the same position it was on March 11, when the regular season was suspended.

“Once we can determine that we can keep the players and all the important personnel required to put on a game, then we’ll certainly look at all the options,” Cuban said on CNN. “I’m cautiously optimistic we’ll be able to finish a season for television, I don’t expect that we’ll have fans.”

The NBA announced Monday it soon will unveil rule changes that will allow teams to open their practice facilities for players to take part in treatment and limited workouts, provided the city in which the facility is located permits it.

Numerous restrictions still will be in place for the limited opening of facilities, which would not open before May 8.

The NBA suspended the season after Utah Jazz center Rudy Gobert tested positive for the coronavirus. The league has been discussing plans to resume the season at one central location without fans in attendance.

But CNBC said some teams don’t see the financial incentive to restart the season when revenues would be minimal, or perhaps absent, without fans.

“What [owners] are saying is, ’If we return, where is the revenue that is going to justify the additional cost of returning?” one team executive told CNBC. “They are looking at the cost side versus the revenue side. What revenue comes in now?”

In a prepared statement, the league told CNBC that it is looking a way to play this season and beyond while concentrating on the health of players and fans.

“While our top priority remains everyone’s health and well-being, we continue to evaluate all options to finish this season,” the statement read. “At the same time, we are intensely focused on addressing the potential impact of Covid-19 on the 2020-21 season.”