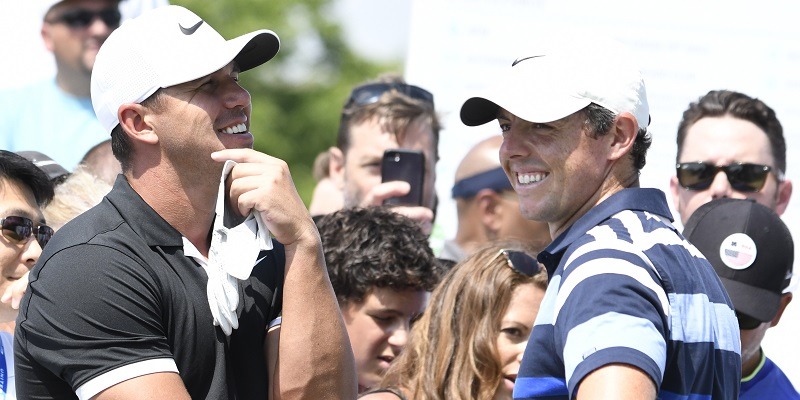 The PGA Tour is working to take full advantage of the stage when it returns to competition with this week’s Charles Schwab Challenge.

Not only are the top five players in the official world golf rankings in the field, but the Tour has paired the top three — Northern Ireland’s Rory McIlroy, Spain’s Jon Rahm and the United States’ Brooks Koepka — together for the opening two rounds, Thursday and Friday.

McIlroy will be making his first career start in the event at Fort Worth, Texas, while Rahm has a pair of top-five finishes in three previous appearances at Colonial Country Club. Koepka carded a pair of 63s in finishing second in the event in 2018 — the only time in his PGA Tour career he posted two sub-65 rounds in the same event.

One of the other three featured groups includes good friends Rickie Fowler, Justin Thomas and Jordan Spieth, all of the United States. Thomas is second in the FedEx Cup standings and has a pair of wins during the 2019-20 season.

Former No. 1 Dustin Johnson will be paired with fellow U.S. player Bryson DeChambeau as well as England’s Justin Rose, another former top-ranked player. However, it’s DeChambeau who has enjoyed the best season to date of the trio with top-five finishes in each of his past three starts.

The PGA Tour suspended its season after the first round of the Player Championship on March 12 due to the coronavirus pandemic.

The 148-player Fort Worth field features 101 players who have won on the PGA Tour, including FedEx Cup leader Sungjae Im of South Korea.

Play at Colonial will proceed with no fans on the course. The first five events on the restart will be contested behind closed doors, but galleries will be allowed to return starting at the Memorial Tournament, July 16-19 at Dublin, Ohio. The announcement regarding fans attending the Memorial at Murfield Village Golf Club was made Friday by Ohio Gov. Mike DeWine.

The PGA Tour canceled 11 events during its shutdown, and it revised its remaining schedule, rescheduling numerous tournaments.

After the Charles Schwab Challenge, the PGA Tour now will feature the RBC Heritage (June 18-21) in Hilton Head, S.C.; the Travelers Championship (June 25-28) in Cromwell, Conn.; and the Rocket Mortgage Classic (July 2-5) in Detroit.

Only one major remains on the revised 2019-20 schedule, the PGA Championship at TPC Harding Park in San Francisco, Aug. 6-9. The season-ending FedEx Cup playoffs are set to run from mid-August to early September.

The U.S. Open at Winged Foot Golf Club in Mamaroneck, N.Y., was pushed back from mid-June to Sept. 17-20, and the Masters was postponed from early April to Nov. 12-15 in Augusta, Ga. The Open Championship, which was to be held July 16-19 at Royal St. George’s in Sandwich, England, was canceled.