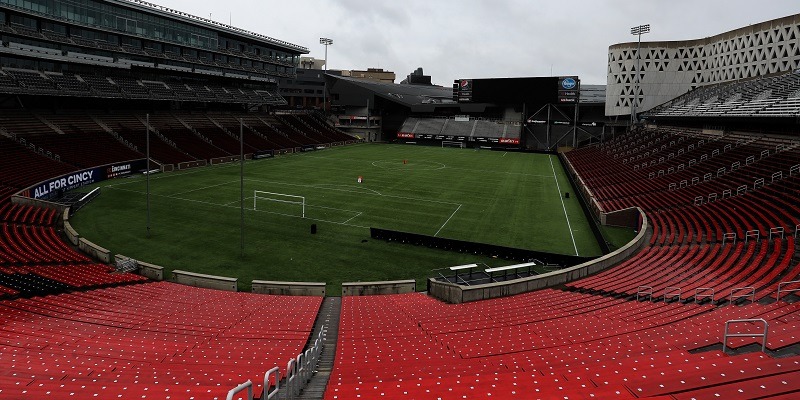 MLS commissioner Don Garber said the league intends to allow fans to attend upcoming regular-season games where possible but understands those opportunities will be limited.

Speaking Wednesday night on the Fox Sports telecast of the MLS is Back Tournament, Garber said games will be played with spectators in the stands “where we can.”

The tournament, being played in a bubble near Orlando, is scheduled to end on Tuesday. Garber did not confirm reports that the regular season will resume on the weekend of Aug. 22, with the possibility of Nashville and Dallas starting sooner.

Those teams were forced out of the return-to-play tournament after several players tested positive for COVID-19, but Garber said there have been no positive tests in the three weeks since.

Garber: ‘fans where we can’

When players return to their home cities and exit the bubble, the risk of testing positive for COVID-19 will increase, but Garber said he thought the players and coaches would continue with the good habits they practiced in the bubble.

“We learned a lot in the bubble,” he said. “We learned about testing. We learned about the incredible commitment of our players wearing masks and social distancing and taking real responsibility for keeping themselves safe. And that really will give us the sense of what we need to do to finish the season, have playoffs and have an MLS Cup before the end of the year.”