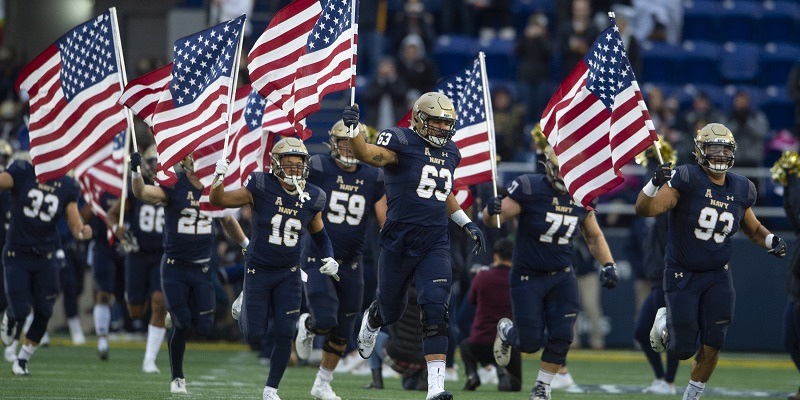 Notre Dame is heading to Annapolis (Md.) for the first time in the history of the Fighting Irish series with the Naval Academy.

In a game moved from Dublin, Ireland, Navy-Marine Corps Memorial Stadium is set to become the site of the 94th meeting, and the only time the Midshipmen have played on their home field against Notre Dame.

No date has been finalized for the game, but it’s expected to be played Labor Day weekend and broadcast by ESPN/ABC.

“Our student-athletes have had great experiences competing in Ireland and are very disappointed not to be returning to Dublin in 2020,” Notre Dame athletic director Jack Swarbrick said. “The change of venue has been a very difficult decision for our colleagues at the Naval Academy, but we are in full support of their choice. We are also grateful for everything our partners in Ireland have done to make this a smooth transition. We look forward to going back to Ireland for a game in the not too distant future.”

Each prior meeting hosted by Navy was played at a neutral site. Overall, Notre Dame owns a 79-13-1 record in the series with Navy, including two wins later vacated by NCAA penalty.