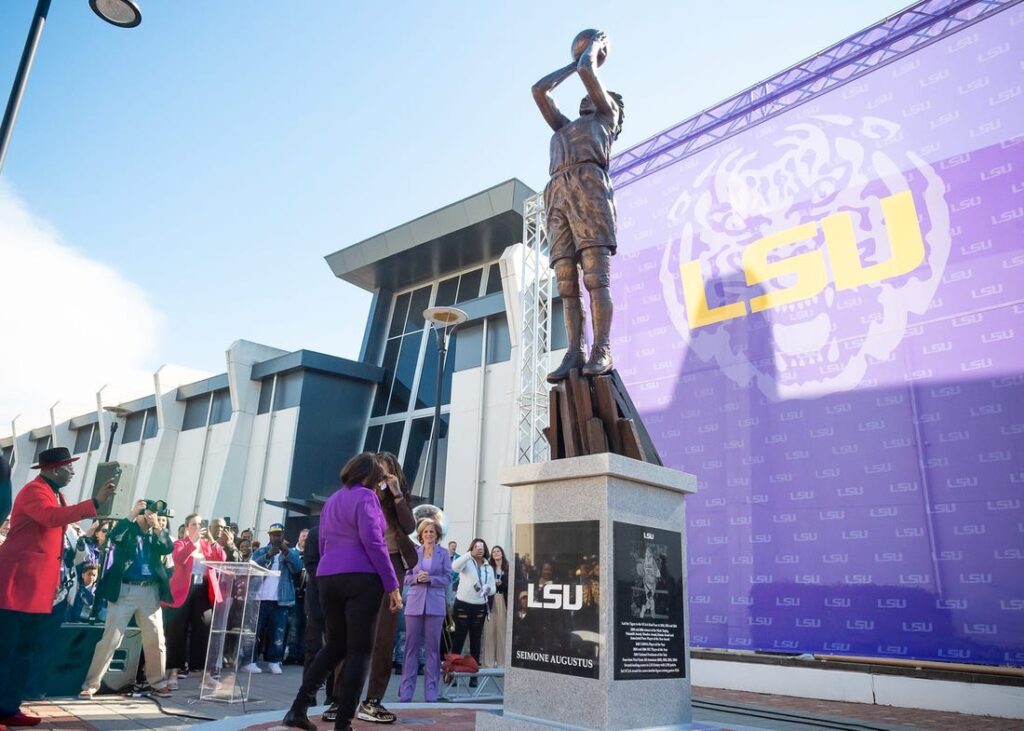 LSU unveiled a statue of two-time national player of the year Seimone Augustus prior to Sunday’s 84-54 victory over Auburn.

The statue of Augustus is located outside the Pete Maravich Assembly Center. She is the first female athlete at LSU to be honored with a statue.

The 38-year-old Augustus is a native of Baton Rouge and led her hometown school to the first three Final Fours in their women’s basketball history from 2004-06.

“I didn’t do this alone. A lot of the female athletes here from my time were an inspiration,” Augustus said of being honored. “We were all going on our own race, our own journey, and I do stand here proudly as a representation of all those women.

“So many great female athletes have come through LSU that have made statements in their respective sports. I won’t be the last one that will be acknowledged.”

Augustus went on to play 15 WNBA seasons (2006-20) and was an eight-time All-Star. She was the 2006 WNBA Rookie of the Year and 2011 WNBA Finals MVP. She played her first 14 seasons for the Minnesota Lynx — winning four WNBA titles — before finishing her career with the Los Angeles Sparks in 2020. 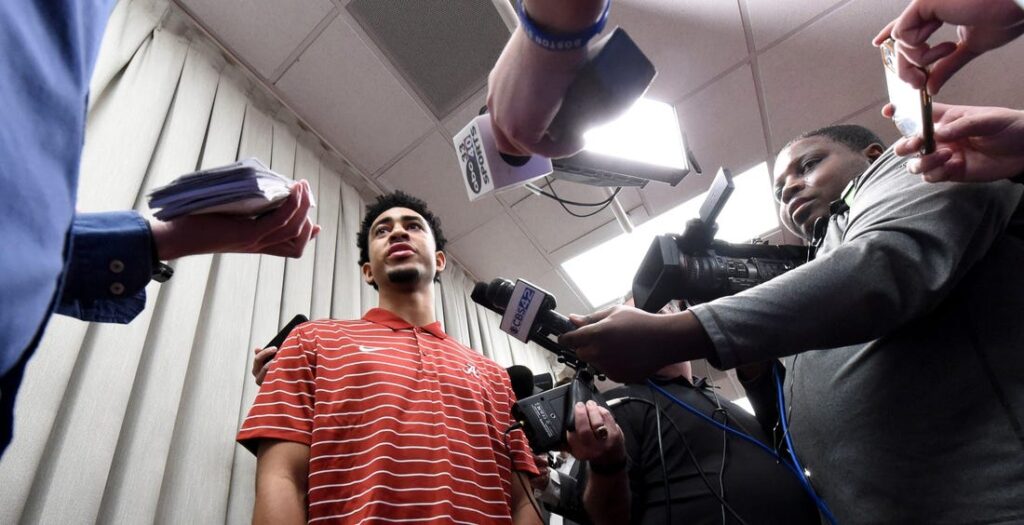 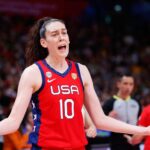 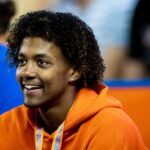